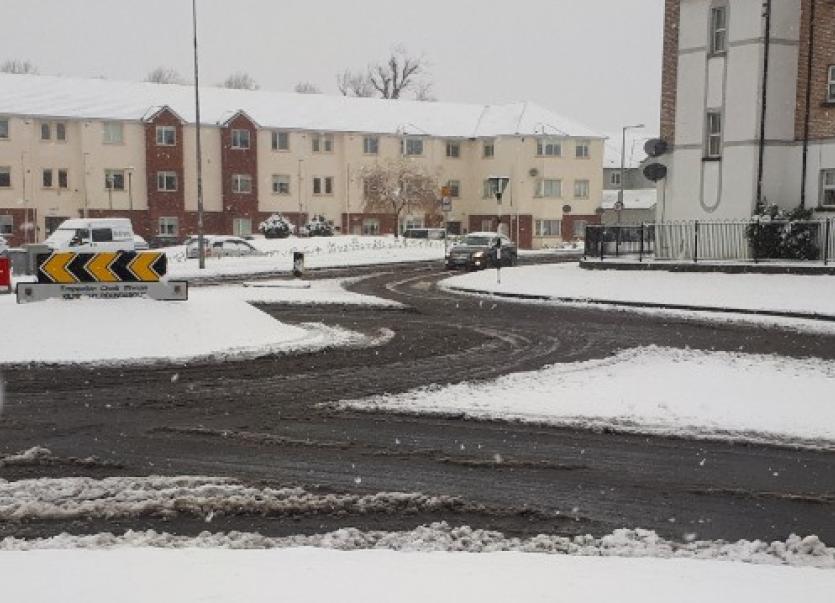 A severe frost is set to make roads treacherous and hazardous in Laois and other midlands counties, Met Éireann has warned.

In the wake of the Status Orange warning for snow and ice the forecaster has issued a second Status ORANGE weather warning for 'extremely low temperatures' on Sunday night into Monday morning.

There will be severe frost, ice and lying snow with lowest temperatures of -2 to -8 degrees. It will be coldest in east Connacht, Leinster and Ulster.

Met Éireann is warning of "slippery paths and treacherous roads also due to snow accumulation and ice".

Speaking on TV3 this afternoon Met Éireann forecaster Gerry Murphy said it was already extremely cold in the north of the country which would extend to the whole of the country.

"Tonight we have a low temperature warning for all of the country of between -2c and -8c. That will mean that the snow will continue to lie on the ground and then as well as that those that didn't have snow but are wet those roads are wet and will have significant frost.

"So roads and footpaths tonight and into tomorrow morning are going to be treacherous and hazardous in many places," he said.

He said that gritting of main roads would help.

"All roads will be very icy with snow on them and others will have ice. Tomorrow morning will be a morning for taking extra care driving and indeed walking," he said.

The warning is that rain, sleet and snow will continue Sunday, especially away from coasts and on high ground. Clearing southwards early tonight with severe frost and ice following. Slippery paths and treacherous roads also due to snow accumulation and ice.

Gerry Murphy told TV3 said the heaviest of of Sunday's snow fell in an area from Mayo, the midlands and the south east.

Below is the temperature graph from Valentia Observatory in Kerry. Shows the temp dropping consistently thru the day. Most areas across the country are currently below 2°C pic.twitter.com/RYewDiWYyr