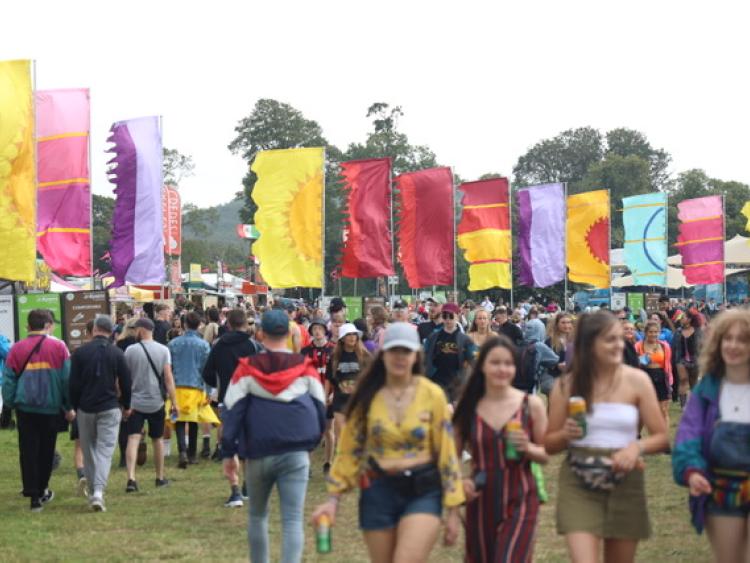 Electric Picnic revellers and campers avoided the worst of Friday's night's rain and Met Éireann now expects some good sunshine for the rest of the festival in windy and cooler weather with some showers.

Campers 'woke' to a sunny Saturday in Stradbally morning after some rain overnight but nothing like the dire earlier warnings about a deluge for Laois and other Leinster counties.

Met Éireann's forecast for the rest of the weekend is looking ok for those already in Stradbally or heading to the festival on Saturday and Sunday. more below tweet.

Bright with scattered showers developing through the day. Some of these showers will be heavy, but there will also be a lot of dry weather with good sunny spells. Feeling fresh today with highs of 15 to 17 degrees, in moderate westerly winds. pic.twitter.com/uhOB4Sm8J3

Met Éireann's weather forecast for Leinster issued on Saturday morning says the day will be bright and fresh morning in gusty northwest winds.

The forecaster says some passing showers will develop through the day but there will continue to be a good deal of dry weather with good periods of sunshine. Feeling fresher with highs of 15 to 18 degrees.

Late night picnic partying and overnight camping will be a little on the chillier side. The forecaster says it will be mostly dry and clear overnight but cooler with lows of 7 to 9 degrees in westerly breezes.

Little overall change for Sunday is forecast by Met Éireann. The forecaster says it will be a bright and fresh day with good sunshine and occasional showers.

However, some of the showers may merge into a longer spell of rain during the afternoon. Highs of 15 to 17 degrees in moderate westerly breezes.

Here is our 7 day Atlantic Chart, showing the pressure and precipitation forecast in 6 hours intervals.https://t.co/9Giuj4UrWUhttps://t.co/9gKN6SDMVu pic.twitter.com/xGwsF8E0Lu