Carmel Manton Kinsella of the Lynam School of Irish Dancing said she is extremely proud of everyone for taking part and their wonderful achievements.

“We’re small fish in a big pond being from the country and we had a magnificent time, we are delighted,” she said.

The Burbage Irish Dance Academy based in Portarlington had nine solo dancers who brought home seven world medals in both solo and championship level.

The nine performers were Caoimhe O’ Reilly (all three recalls and 27th in championship out of 149 dancers u/16), Grainne Fogarty ( two recalls and 49th overall u/16), Jessie Newman (7th in solo) , Leighanna Fogarty (8th in solo) , Chloe Websdale, Sophia Colgan, Katie O Rourke, Lucy Levio and Abbie Whitelegg who all performed and represented the school.

Kara Burbage of the Burbage Irish Dance Academy thanked everyone for their dedication.

“This year two teams u/10 and u/12 made history in the academy as the first two teams to grace the world stage and performed brilliantly. I’m extremely proud of my dance academy and seeing it grow. A heartfelt thank you to our parents and my family for their support and continuing dedication to our Irish dance academy,” she said.

Laois World Champion Sean Burbage from Portarlington came first in the world for the third time. This dancing sensation is a brother of Kara Burbage and is a member of the Lynam School of Irish Dancing. 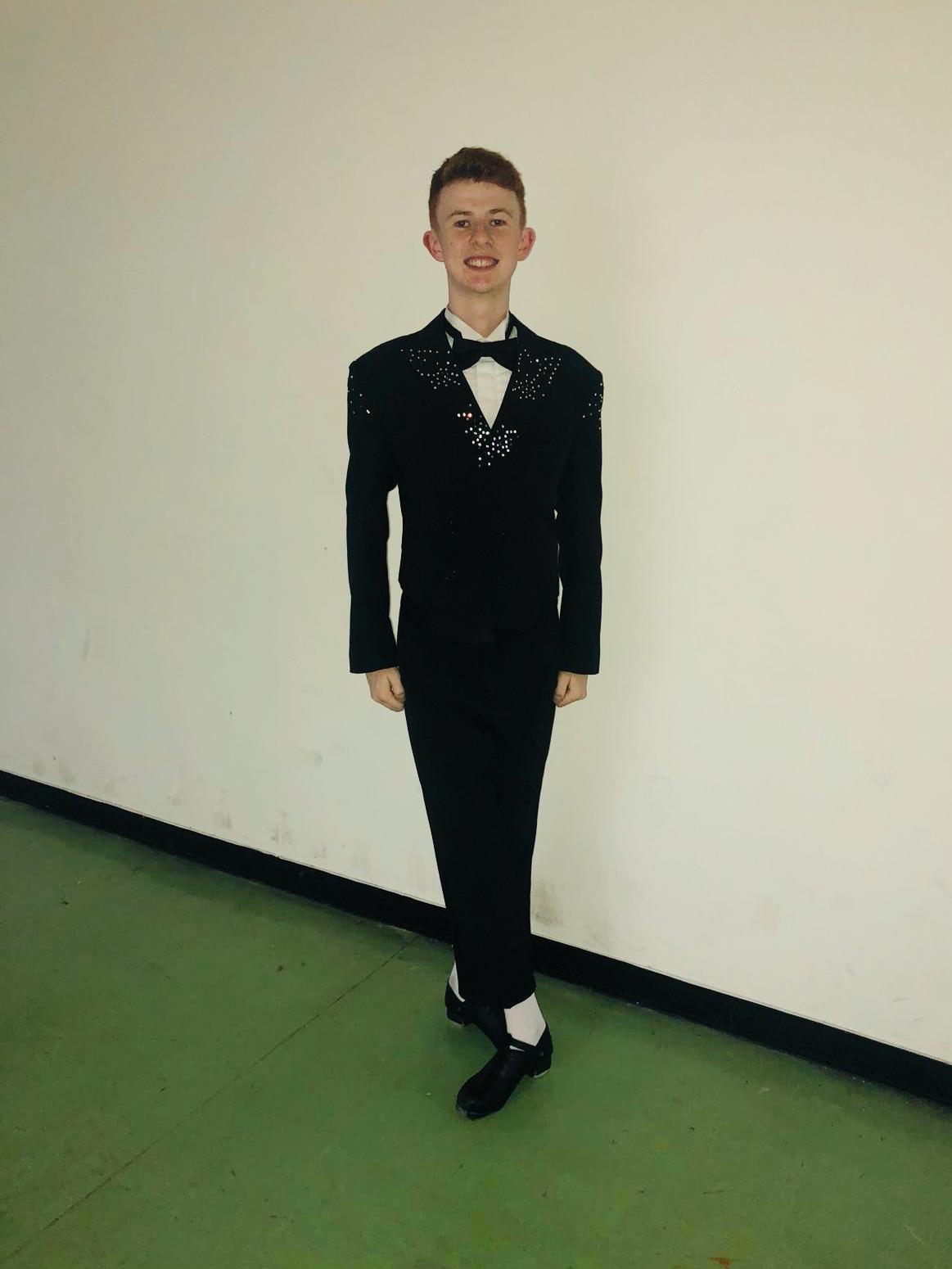 Sean is dancing since the tender age of four. He is 19 and won the u/21 men An Chomhdháil World Irish dancing championships in Killarney last week.

This is his third World title amongst his many other accolades such as Leinster and All Ireland titles.

Sean’s dancing career off stage is also memorable as he has performed at Laochra for the 1916 celebrations in Croke Park, graced the stage with Riverdance on the Pope’s visit last year and also performed with Michael Flatley’s tour of Lord of the Dance in Taiwan last December.

He is the son of Patrick and Catherine Burbage of Burbage’s Supermarket, Main Street, Portarlington. Catherine said they are so proud of his achievements.

“He did absolutely fantastic. This is his second year in a row and third world title overall. It is a great achievement he is only 19 in the u21 we are super proud of him. He has been dancing since he was four years old, he never stops, that’s his thing even with college he fits it all in,” she said.

Sean took to Facebook to thank everyone for their good wishes.

"A big thank you to my mam and to my family for supporting me throughout the years. Also to my friends for being there supporting me on the day and of course helping me celebrate. Also, thank you to those who wished me luck and congratulated me. And now the hard work begins once again," he said.