IN PICTURES: Laois in aftermath of storms Dudley, Eunice and Franklin

A relatively dry if windy Monday came as somewhat of a relief in the wake of the three storms that hit Laois and Ireland in the past week.

The storms left over 100 homes without electricity and took down more than 30 trees, requiring emergency staff to brave the elements to repair damage.

Simon Walton chairs the team and gave the Leinster Express an update this Monday.

“For county Laois the main impacts from were trees down of which there were upwards of 30 trees down across the County over recent days.
“Sunday brought some more trees down together with flooding and flood risk where Laois County Council Roads Staff, Fire and Emergency Services and Civil Defence all contributed towards offsetting the worst impacts,” he said.

Some traffic restrictions were still in place on Monday, February 21 but were expected to be removed by Tuesday.

“Very high river levels in Mountrath town where the Whitehorse river burst its banks and flooded the playground.

“In and around Mountmellick the Barrow and Triogue rivers burst their banks on Sunday afternoon.

“There are no reports of properties having flooded in this area. The Owenass did not burst its banks so Mountmellick Town itself was safe. This reflects well on the drainage maintenance works implemented in and downstream of Mountmellick in recent years,” Mr Walton said.

There was also some flooding at Ballymorris Bridge in Portarlington as the council is awaiting power supply to be provided to a new local pump station.

Met Éireann is forecasting sleet and snow this week as winter continues to finally makes its mark.

The forecaster says it will remain unsettled with windy and wet conditions at times. Colder interludes will also bring some wintry showers through the middle of the week with Wednesday and Thursday most likely. 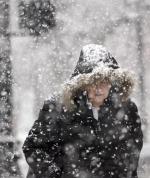