A Portarlington teenager will compete for Ireland at the world mixed martial arts championships in Sofia, Bulgaria, this summer.

Nathan Flanagan, 15, is among 28 young athletes, aged from 12 to 17, recently selected to represent the country in the International Mixed Martial Arts Federation’s Youth MMA World Championships, which will take place from July 30 to August 1.

Nathan’s friends, family and team-mates at SBG Portarlington are now raising money to help the talented teen realise his dream of fighting for Ireland. Because MMA is still not officially recognised as a sport in Ireland, its dedicated young competitors do not qualify for any government funding or assistance to travel to international events.

Nathan has been kickboxing since the age of nine, training with Tommy Delaney at Combat Kickboxing Laois in Mountmellick. He took up Brazilian Jiu Jitsu (BJJ) three years ago at SBG Portarlington, under coach Killian Lawlor - and now combines these two skills to compete in MMA. 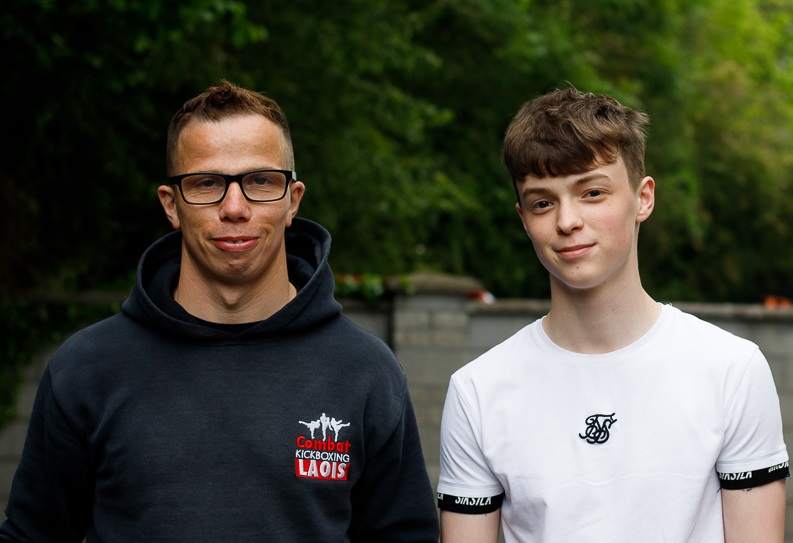 Nathan, who has just finished third year at Mountmellick  Community School, said his first experience going for national team trials was a ‘step up’. The youngster faced a tough session of drills and sparring at SBG Ireland headquarters in Dublin under the watchful eyes of coaches and selectors.

In a double achievement for the Laois gym, SBG Portarlington owner Philip Mulpeter has also been appointed as head coach to the Irish youth team as they head to Bulgaria.

Dedicated Nathan, who will compete at 57kg, kept up his training during the Covid-19 lockdowns, which left gyms closed for long periods over the last year and a half. “At the start I was doing a lot of cardio at home, training with the boxing bag and training by myself and doing some jiu jitsu,” he said.

It helps the young athlete that combat sports is a family affair for the Flanagans. Nathan’s twin sister Emma is also a talented BJJ and MMA student, while mum Nicola and dad Lee have also been roped in and, pre-Covid, regularly took part in SBG Portarlington's adult training sessions.

“That’s really good because they understand what’s going on, and they support what I’m doing,” said Nathan. Friends and classmates have also been supportive. “Nobody else in my class does MMA, but lots of my friends were texting me and saying congratulations for making the team,” he said.

The teen describes MMA as ‘the best of both worlds’ which combines his grappling and striking skills while allowing him to compete on the world stage for his country. He is excited about travelling to his first international competition. The last World Championships, held in 2019 in Rome, saw 269 participants from 29 countries compete, including Nathan’s SBG Portarlington team-mates Dara Ward, Brandon Burtenshaw, Noah Kavanagh and Jamie Doyle. Ireland took home nine medals, including two golds - showing that there is a wealth of rising talent in the sport, which has exploded in popularity over the last decade.

However, due to the lack of official funding, the young competitors must fund their own travel and accommodation. A GoFundMe page for Nathan has been set up (Help Nathan Get To The World Championships), with the goal of raising €2,000 towards the Laois boy’s trip.

SBG Portarlington's Philip Mulpeter is also looking forward to his second world championships at the helm of the Irish youth team. Mulpeter was one of the pioneers of MMA in Ireland, training alongside UFC superstar Conor McGregor on the Dublin man’s rise to the top of the sport; and he still competes professionally on the Bellator roster. 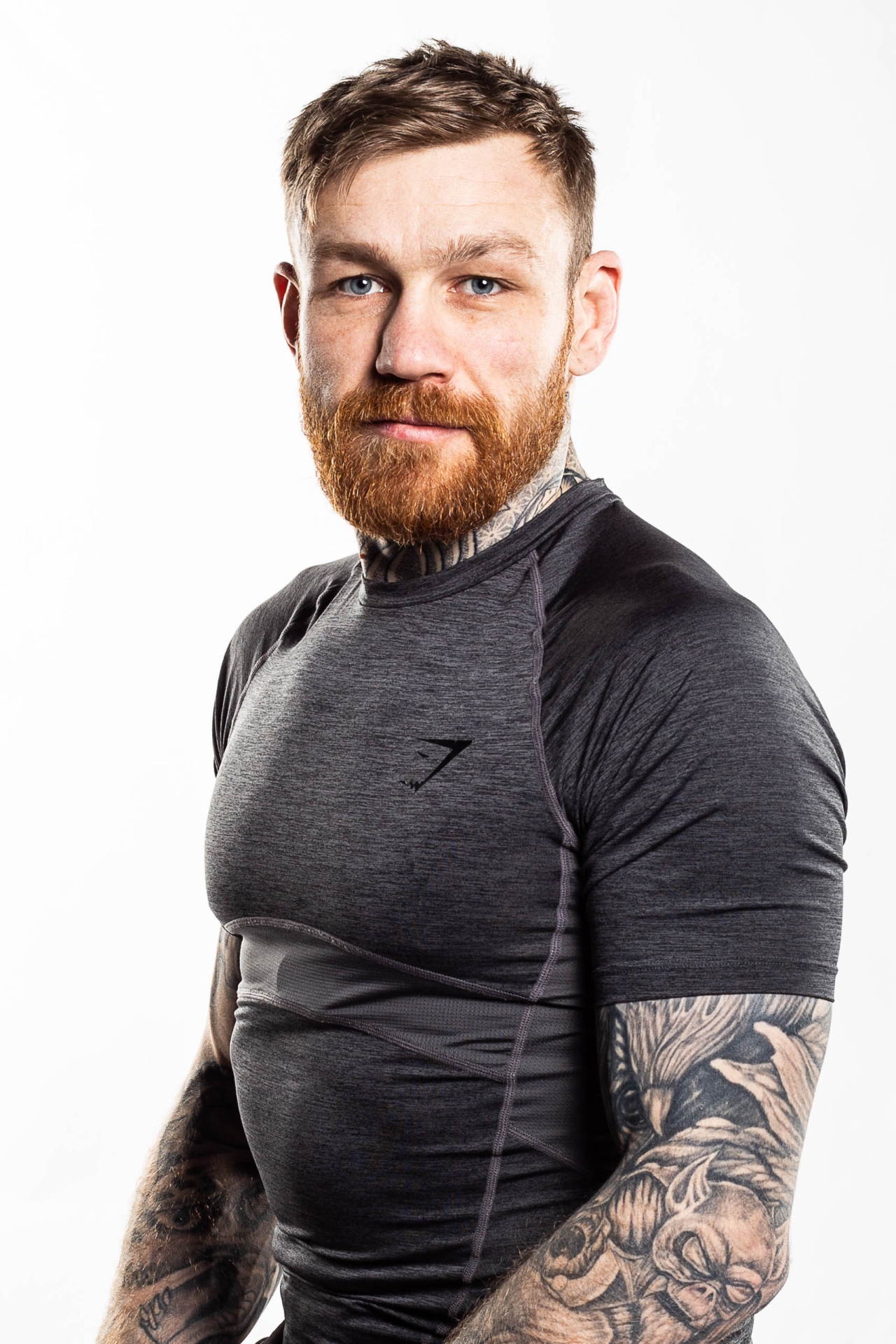 These days Mulpeter is passionate about growing the sport at grassroots level, while giving youngsters the opportunity to compete at an amateur level that he never experienced when MMA was in its infancy.

Many people will only have seen top-level, professional mixed martial artists compete on highly-publicised UFC fight nights - but the Laois man is keen to spread the word that it is a safe and enjoyable amateur sport for all youngsters, which builds their confidence and athletic ability.

“The IMMAAF World Championships is the safest place that you could compete in martial arts. There are no headshots for the youth competitors, just body shots and kicks and grappling. There are very strict rules in place to make it safer. It’s a really good way of giving youngsters experience. There are top doctors at the tournament, and everyone has to go through health checks,” he said.

“I think it’s just the fact that it takes place in a ‘cage’ might put some people off MMA - but they don’t realise that the reason bouts take place in a cage is for safety. It would be dangerous to do MMA in a boxing-style ring, as you would fall out through the ropes.”

The boom in Irish MMA over the past decade saw youngsters - and adults - flock to SBG Portarlington's classes in striking, BJJ and boxing, along with MMA itself. While the gym is home to rising young fighting prospects - and pros including Monasterevin man Matiss Zaharovs, who competes on the Middle East-based Brave CF promotion - for many it is just an enjoyable way to keep have fun, and keep fit and active.

“Kids programmes are booming all across the country, and there is a big crop of talent coming through,” said Mulpeter, who predicts a breakthrough of Irish talent in the coming years. “At the trials I was shocked at the level of talent that was there. I was expecting sluggish kids coming out of the Covid-19 lockdown, but they had all been training hard and put in a serious session, which surprised me, to be honest.”

The Irish Mixed Martial Arts Association is currently trying to gain official recognition from Sport Ireland - a slow process which was recently raised in the Dail. Such recognition would allow the association to apply for funding and supports which would broaden the sport’s appeal and accessibility.

In the meantime, Mulpeter, along with co-founder Calvin Doyle, is in the process of establishing the new Gaelic Athletic Martial Arts (GAMA) league, to provide a safe and well-run space for kids and amateur adults to compete in MMA and BJJ. The aim is to develop young Irish martial arts athletes, and give them exposure and opportunities to develop, and the project is being backed by Mulpeter’s former team-mate McGregor.

Interest is high from gyms across the country, and GAMA hopes to run its first full booked-out competitions - Covid-19 restrictions allowing - this September. A limited number of spectators will be allowed at GAMA events, but they will be live-streamed for friends and family to watch.

“The problem in Ireland at the moment is that you have to be 18 to compete in amateur MMA,” he said. Many of the existing shows take place in nightclub or hotel settings and are an evening’s entertainment for the crowd, held in a ‘professional prizefighting’ atmosphere in all but name. The GAMA leagues will provide a much-needed training ground for both teenagers and novices, held safely in no-alcohol venues and without the pressure of performing in front of a large crowd.

Meanwhile, as gyms across the country reopen, SBG Portarlington and its dedicated community of martial artists will have to wait a bit longer to get back on the mats. The gym’s lease at its Edenderry Road premises was not renewed and they are currently searching for a new home - with hopes that its doors will be back open by autumn.