Wedding days are special but this one in a snowy castle in Laois was unforgettable in the midst of Storm Emma for a bride and groom from Laois and Kilkenny.

The bride was Sarah Jackman from Rathgarra, Ballinakill, and the groom was Patrick Shortall from Castlecomer Kilkenny.

They went ahead with their wedding in the magical surrounds of Castle Durrow, despite almost impassable roads.

Unfortunately the musician, the photographer and make-up artist all had to cancel due to the roads.

However, nothing was going to stop the happy couple from tying the knot, and their family, close friends, Castle Durrow staff and local community all pulled out the stops to ensure that their day was a success.

Aoife Jackman is the bride's sister-in-law said there was uncertainty that morning.

"Sarah and Paddy told everyone that they were going ahead with the ceremony in Ballinakill Church, but they didn't expect people to risk travelling, though they were welcome," she said.

Family and close friends were not to be stopped, and with a lot of ferrying by the bride's brother Michael, and Enda Healy who had 4x4s, they got to the church and then on to Castle Durrow safely.

Enda also collected Sarah's hairdresser Elaine Murphy from Freshford who did her utmost to make sure that the bridal party's hairstyles were perfect on the day. 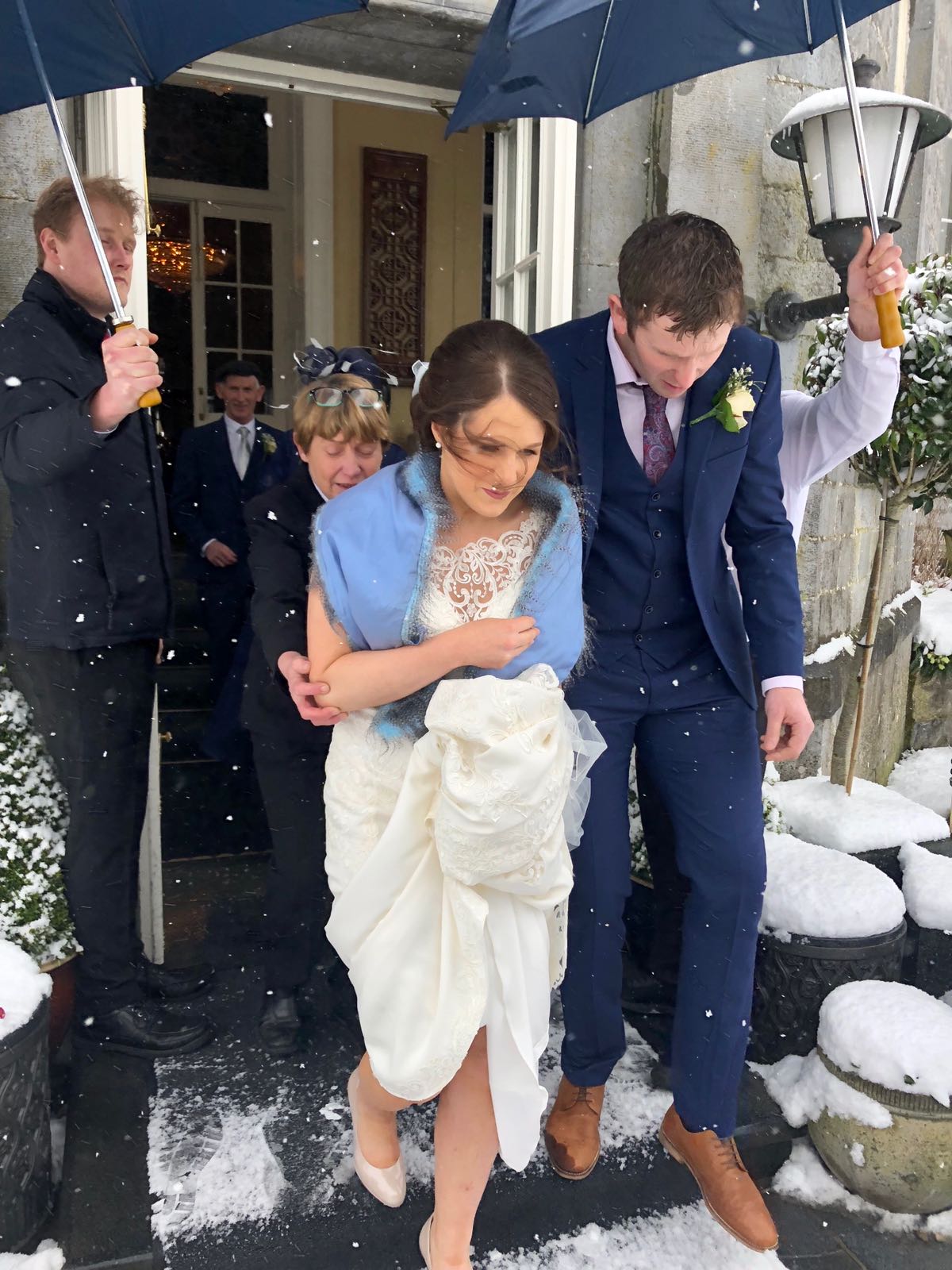 Once there, the groomsman Eamon Walsh organised a DJ, while the cake made it too as it had been made by the bride's sister. Durrow florist Martin Lawlor put the flowers up in  St Brigid's Church in Ballinakill for the wedding. Local photographer Pat Farrell came to the rescue thanks to a lift from the best man to take photographs.

"Once everyone arrived safely in the hotel, we could relax and enjoy it. It was a wonderful day. Thanks to everybody who came and who did anything to make it a success," said Aoife on behalf of the happy couple. 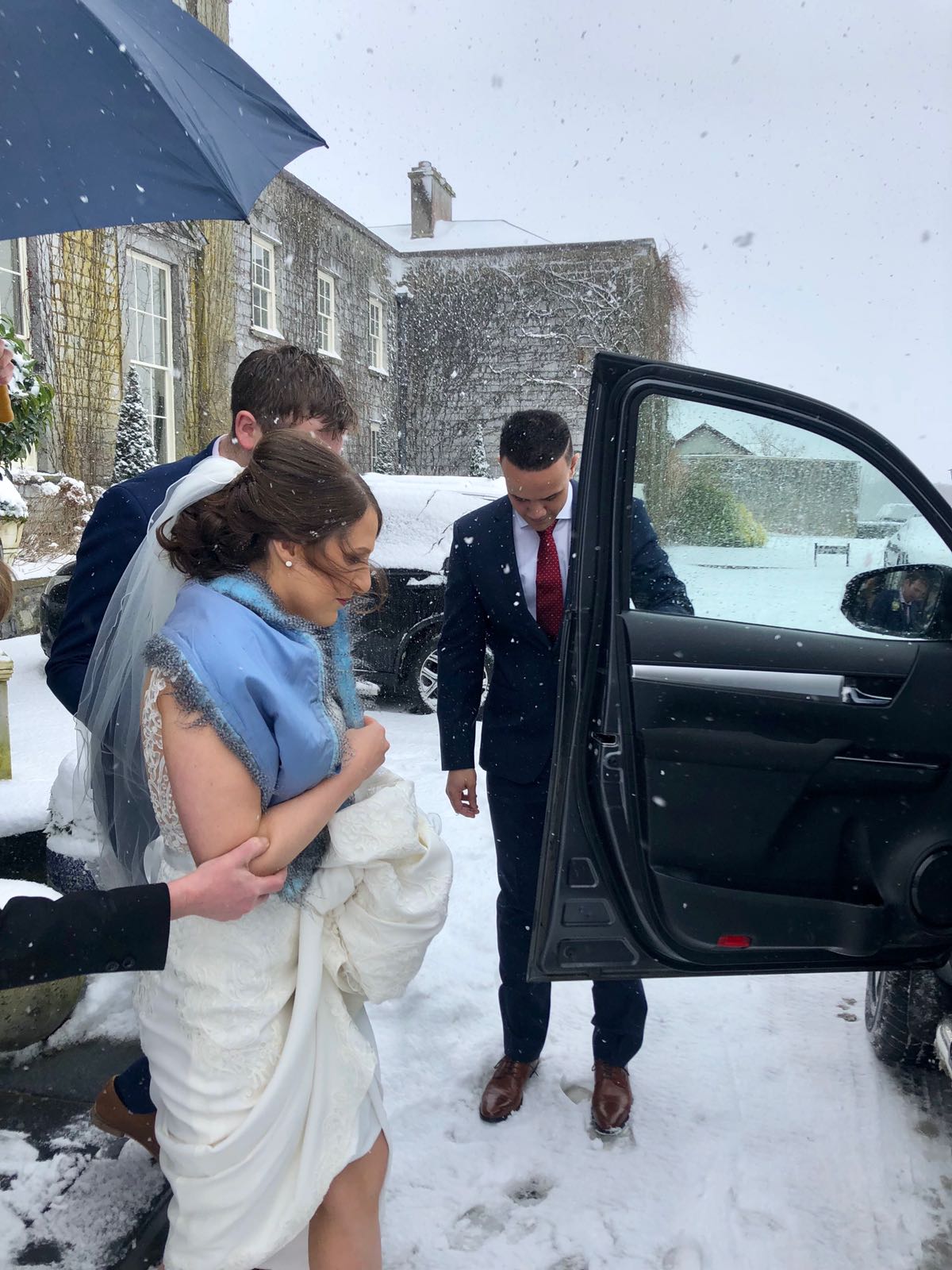 Shelley Stokes from Castle Durrow praised the effort made by guests, staff and locals to ensure the white wedding was a success.

"The poor bride was a little stressed but lots of her guests went to extra ordinary effort to get here and make sure that their day was fabulous," she said.

"My daughter Tess did the bride and bridesmaids' and mum's makeup, as well as doing a 12 hour reservations shift, and I did the photos in the castle. Our own Joanne who is head house keeping helped with the upstyles. With the fabulous staff that was able to get in and our own family we were able to give her a superb day. 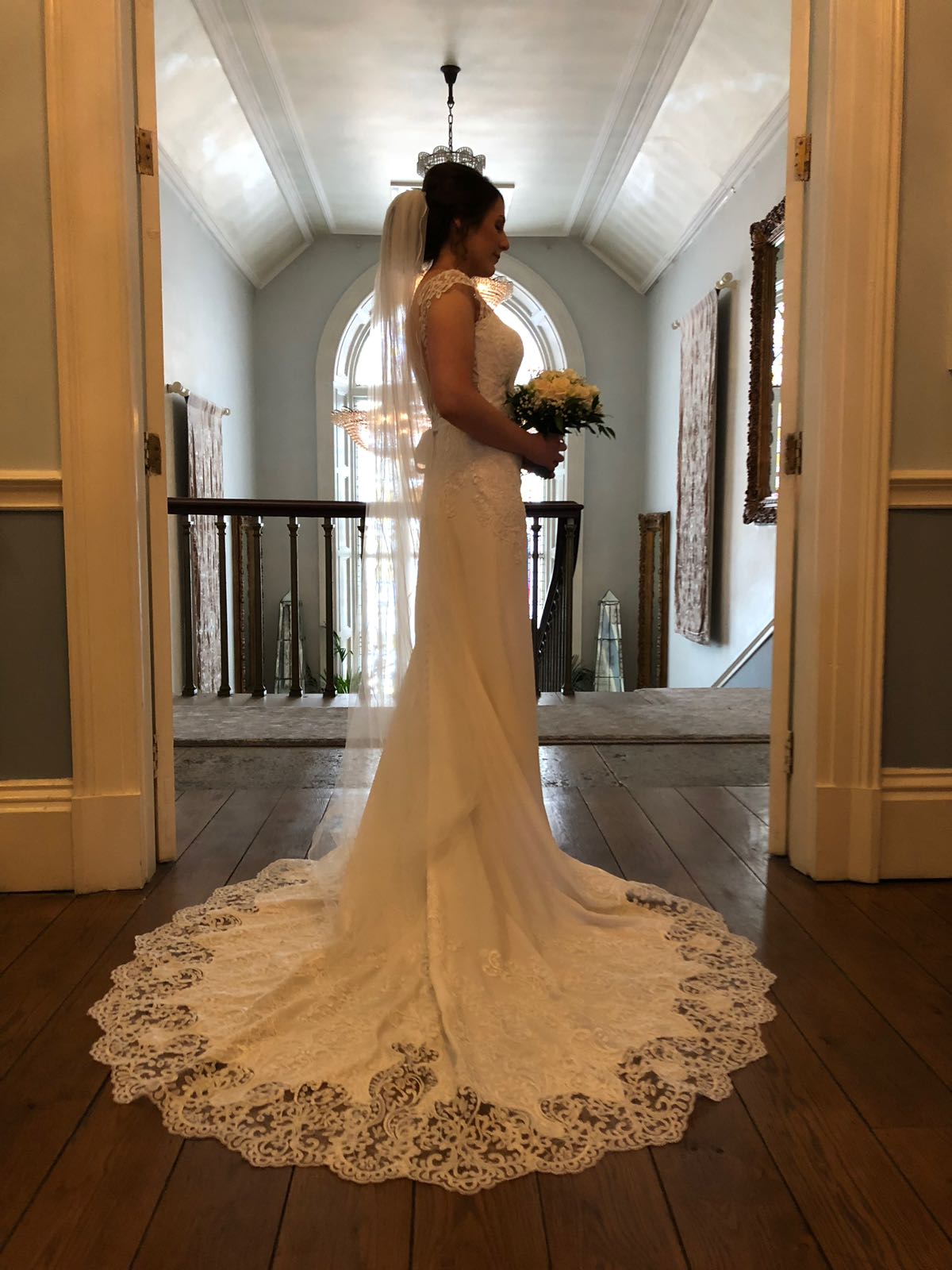 "They are a lovely lovely couple and we are delighted we were able to make sure their wedding day was a great one, no matter what the weather," said Ms Stokes.

Flowergirls were Ailbhe and Lauren, and Sarah's parents are Breda and John, and Paddy's are Richard and Ellen. 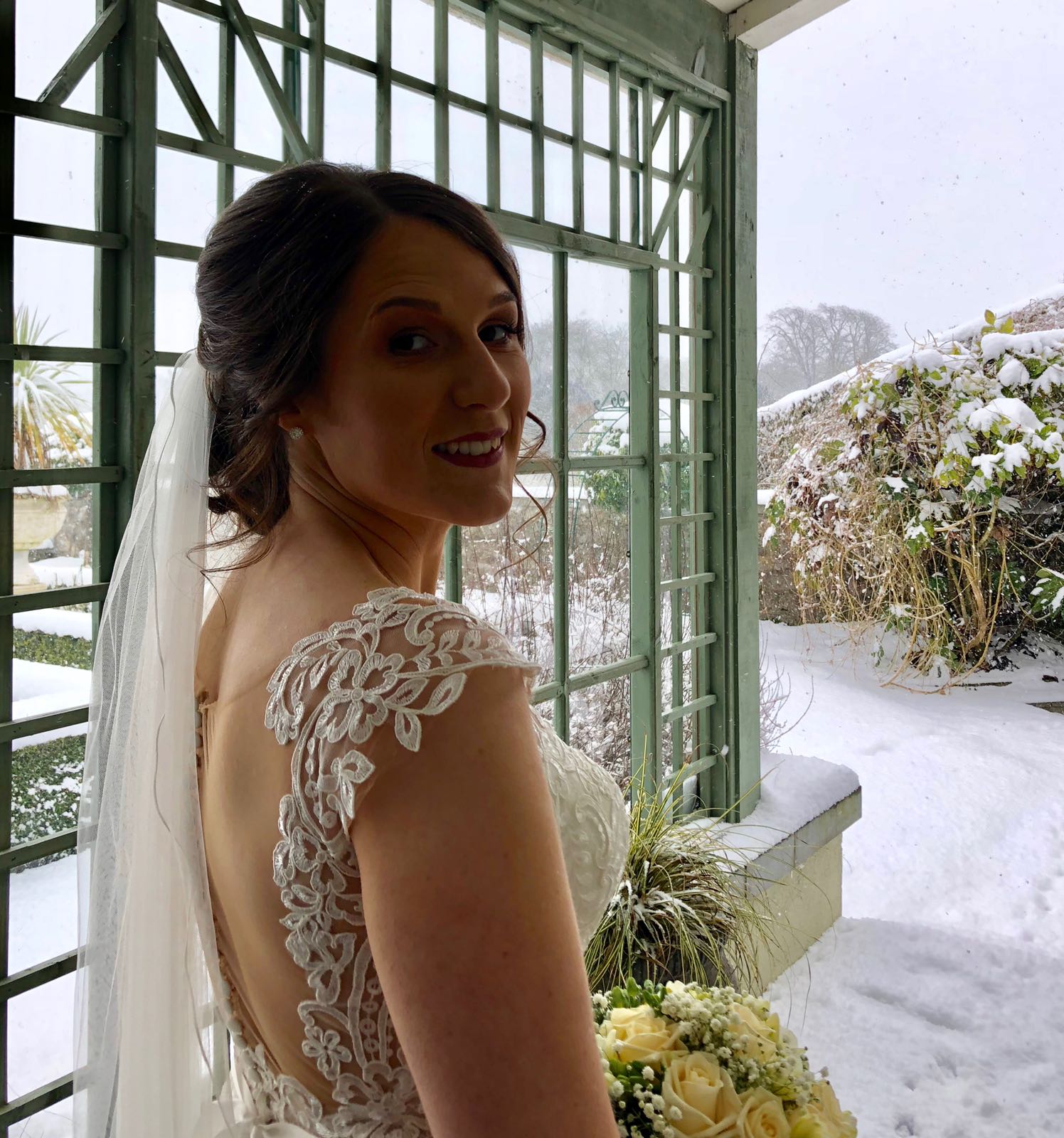