The Laois Society of Prevention of Cruelty to Animals (LSPCA) members are anger at the condition a pedigree pet was left in using it as a cast to highlight the importance of the role owners have in caring for these animals properly.

The LSPCA issued a statement after being alerted to an animal that appeared to be a lifeless state. (scroll through pictures above).

"We got a call about a cat sitting in the rain unable to lift its head. The caller thought maybe a road traffic accident.

"We had a volunteer close by who went out immediately. What she found was truly shocking. This was once a beautiful pedigree cat who, it seems, had now been left to fend for itself. She was completely matted, emaciated and had just given up.

"She was taken to the vet where she was warmed up and some of the larger matts, that were pinching her skin, were removed. Our volunteer brought her home, put her beside a radiator and fed her small amounts of chicken.

"She gradually started to eat, became more alert and lifted her head. Her fosterer called her Maggie. She continued to make progress until the following Wednesday when she developed problems and needed to go back to the vet where it was found she had a blockage," she said.

Unfortunately, there was bad news.

"After Xrays it was found she had a lung tumour and a mega colon. At this point it was felt that it was kinder to let Maggie go. Maggie was a lovely friendly cat who was someone’s pet at some point, a pet that was obviously purchased.

"These cats don’t do well left to their own devices, they need regular grooming and find it hard to source food. It makes us so angry that this poor cat endured so much suffering. Maggie, along with any cat, deserves better than this," concluded the May 30 post on Facebook. 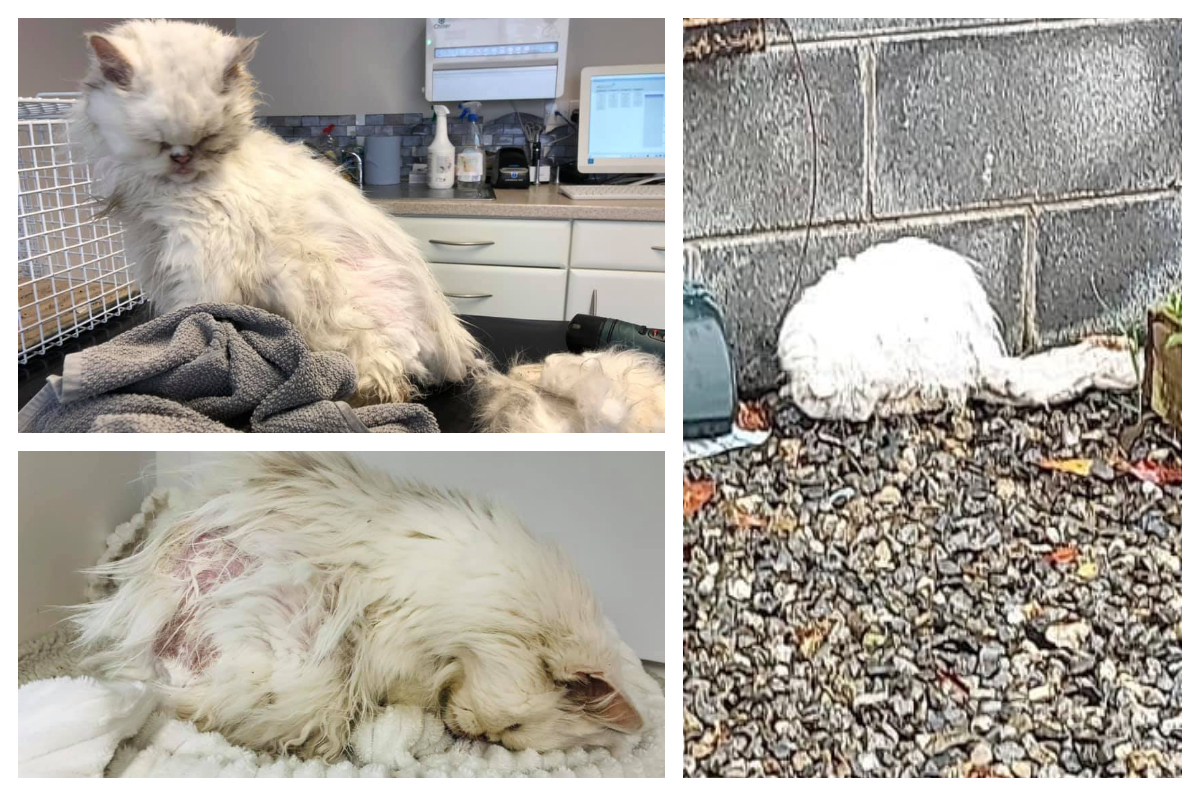