A Portlaoise school held a fundraiser on Friday for Rainbows Ireland, a national charity that supports children through grief and loss.

The charity has helped the Mulhall family in Portlaoise to deal with the tragic sudden death of the late Alan Mulhall.

Alan was a popular father of four from Stradbally, who died following the workplace incident on November 23, 2017. The 34-year-old electrician was working at St Patrick’s Hospital in Dublin when a large fuse box fell and struck his head.

He was a father to two sets of twins, Jamie and Sean who are 7 years old and Tom and Holly who will celebrate their fourth birthday next week.

His tragic death came as a shock to his family, including his young children. Alan’s wife Vikki said the charity Rainbows Ireland has helped their eldest twins, Jamie and Sean, to come to terms with their sudden loss. Gaelscoil Phortlaoise helped the family to make connections with Rainbows Ireland. Pupils at the school had a non-uniform day on Friday to raise funds for the charity.

Rainbows is a free, voluntary service for children experiencing grief and loss following bereavement and parental separation. They support children to adapt and integrate change and loss into their lives and to rebuild confidence, self-esteem and resilience.

Gaelscoil Phortlaoise held a non uniform day in aid of their Rainbows club.

The group began in 2017. It is a success said principal Dominic Ó Braonán.
“They enjoy it, you can see the light in their eyes as they go about their activities, their sense of self esteem and pride,” he said.
“We decided in solidarity to hold a non uniform day to raise money for Rainbows. Everyone wore colours of the rainbow, and it was a very psychadelic day such was the variety of colours,” said Dominic.

They also held a walk in the halla, with weather preventing an outside walk. In all €650 was raised and presented to Vikki.
“All the parents and staff were very supportive, and Vikki was very appreciative,” the principal said.

Scroll through the pictures above to see some of the fun that was had at the fundraiser in Gaelscoil Phortlaoise.

“There is very little support out there for people dealing with a sudden death. The kids have come on great with the help of counselling at Rainbows,” Vikki told the Leinster Express.

A memorial walk will take place on Sunday, October 16 at 12 noon starting at Emo GAA pitch to mark Alan's birthday.

The walk is 7km and shorter routes will also be available on the day. Refreshments will be served after the walk at the local hall. All are welcome to attend the walk which is also in aid of Rainbows Ireland. 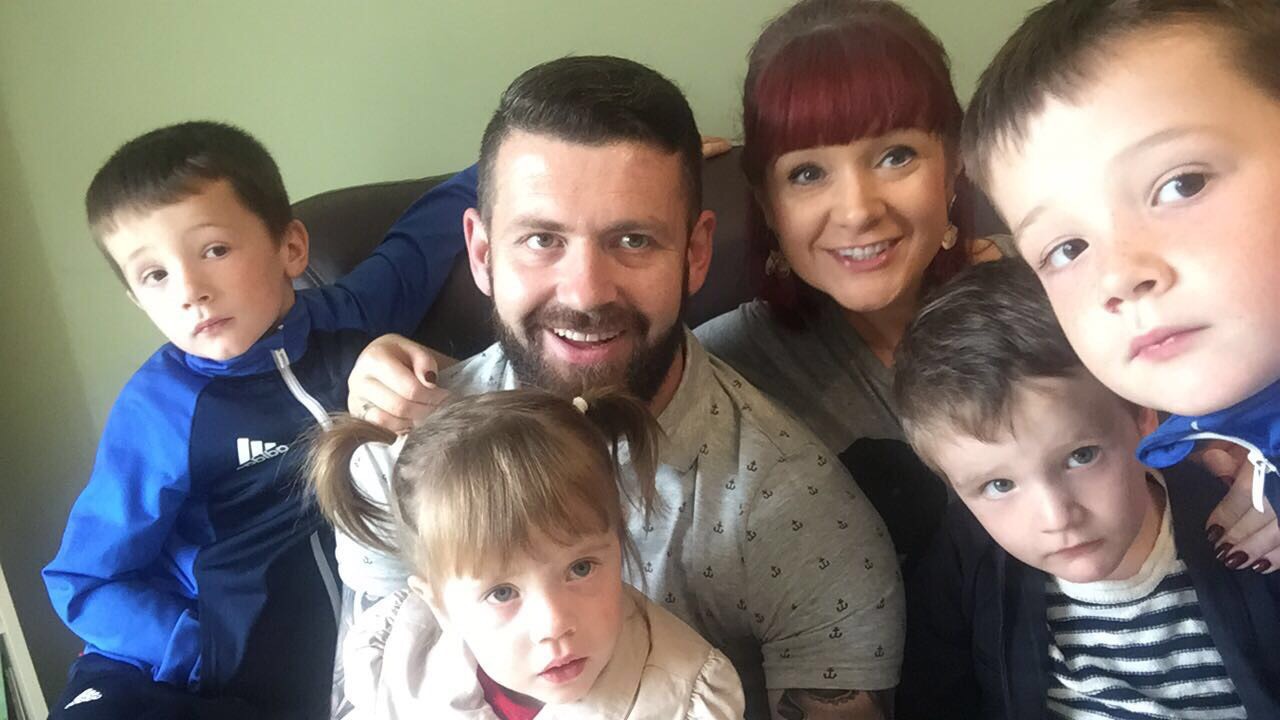