Dog owners in Portlaoise are using dog waste bag dispensers to dispose of the faeces they've picked up after their pets apparently oblivious to the fact the the dispensers are not bins.

Others seem to think that somebody else such as the council is taking away the dog waste from the dispensers and, just like at full recycling bottle banks, they've decided to just throw their bags on the ground around the dispensers.

Incredible as this may seem, evidence to confirm the the ignorance or at best obliviousness of pet owners to the purpose Mutt Mitt dispensers is on stark display in Portlaoise.

One of many dispensers in the town is attached to a pole which also marks the end of one of the towns Slí na Sláinte heart health walks. The pole is located at the entrance to the Ashley Gardens housing estate. It is opposite Portlaoise CBS and Scoil Chríost Rí on the Borris Road.

Pictures taken by the Leinster Express show that the dispenser was bulging with a multi-coloured slection of bags full of dog faeces this week. Not alone that, but the ground at the bottom of the pole was strewn with more dog pooh bags left by dog walkers.

The Mutt Mitt boxes were installed by Portlaoise Tidy Towns with the support of Laois County Council. They have also been located in other parts of the county supported by taxpayer's money with the aim of keeping the county clean and safe from hazardous dog waste.

They hold up 600 bags that the public can take for free and use to collect waste left by their pets. They are not bins.

But this fact appears to have not dawned on some dog owners who haven't figured out that they are supposed to bring their dog pooh home.

Putting Portlaoise schools at the centre of climate action 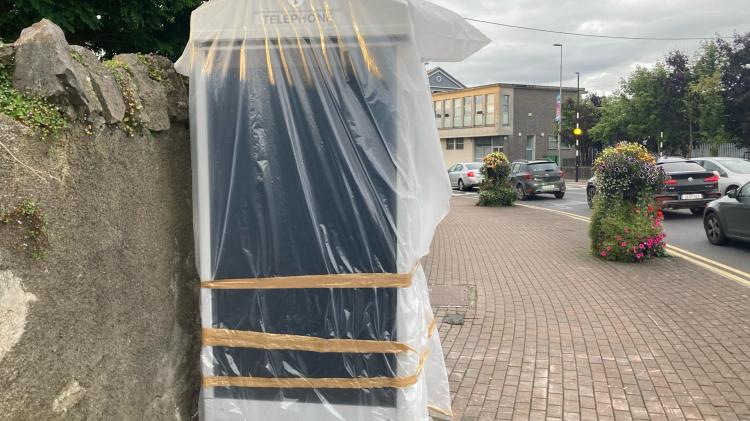