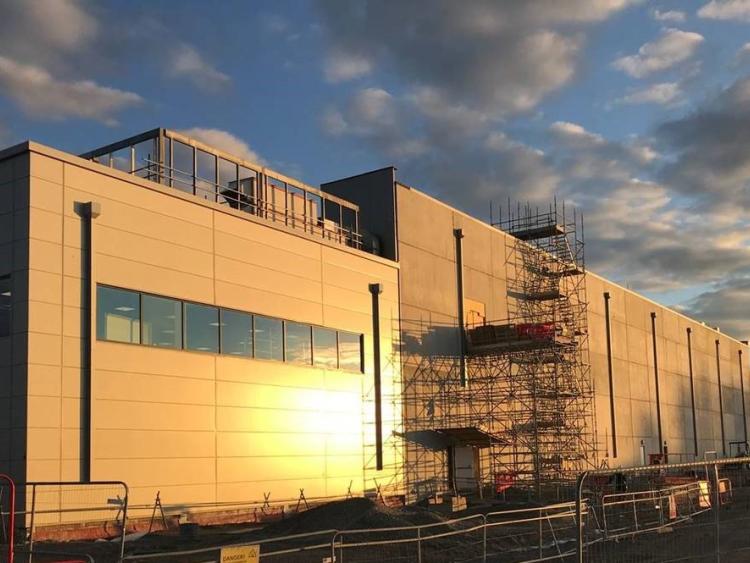 The €130 million pizza cheese production factory in Laois is set to be in operation by the middle of next year according to Irish dairy giant Glanbia.

The update on the progress of the Portlaoise plant is provided in Glanbia PLC'S, Interim Management Statement for the trading period for the first nine months of 2020.

Under the heading 'New Joint Ventures' the global nutrition group outlines briefly the status of the project.

"The new joint venture project in Portlaoise, Ireland (“Glanbia Cheese EU”) is at an advanced stage in its construction process with commissioning expected to commence in H1 (half 1) 2021," said a statement issued Thursday, October 29.

The company provided some additional up to date details to the Leinster Express about the project which was announced in July 2018.

"The plant was initially due to be completed by the autumn of 2020 but Covid-19 led to the suspension of building activities for two months and ongoing Covid restrictions have pushed out the completion date as a result," said Glanbia.

The plant will be located just off Togher roundabout at Junction 17 on the M7 Dublin, Limerick, Cork motorway.

Prior to construction, it was announced that 250 jobs would be created building the plant. When it is up and running, it was anticipated in 2018 that the facility would support 78 new jobs in cheese manufacturing. Recruitment has been ongoing.

"There are currently 52 employees employed at the Portlaoise facility," Glanbia told the Leinster Express.

The plant is a partnership between Glanbia plc, Leprino Foods, a US-based company. The companies already operate plants in Northern Ireland and Wales producing mozzarella cheese for customers throughout the EU and UK.

It is envisaged that the new plant in Laois will have the capacity for 45,000 tons of cheese annually when operational, making it one of the biggest mozzarella facilities in Europe.

The plant is expected to supply pizza-producing customers across Europe. Headquartered in Denver, Colorado, Leprino claims to be the biggest mozzarella producers in the world employing 40,000. This will be the companies first plant in the Republic.

At full capacity, 40,000-metric ton facility will require significant amounts of dairy ingredients - the equivalent of 400 million litres of milk a year.

At the time the plant was announced the then Minister for Justice and Laois TD, Charlie Flanagan, said the project was good for Laois.

"From Laois and Portlaoise’s point of view, aside from the specific jobs boost, investments like this are really important," he said.

In its latest management statement, Glanbia said all of its joint ventures, like the Portlaoise plant, have performed well in the first nine months of 2020.