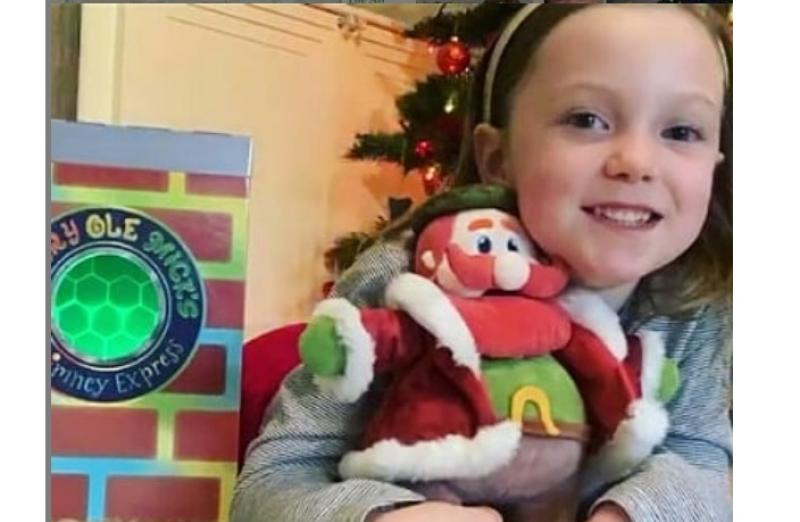 Move over Elf on the Shelf, a new Christmas toy created by a Laois carpenter is growing in popularity.

Merry Ole Mick is a direct descendant of Santa himself, and the plush Irish toy with a big red beard arrives inside his own sturdy magic chimney. Children can put their messages in the Chimney Express before bedtime, and Merry Ole Mick will deliver the messages and return letters from Santa for the next morning.

Competition giveaway! scroll down to see how to enter to win a Merry Ole Mick's Christmas Express!

He also comes with a beautifully illustrated book of six short stories to be read nightly until Christmas Eve. Each story combines humour with important messages about friendship, being brave and unique.

The toy creator and author is JJ Scully from Ballyroan, a woodworker and a sociology student who wanted to create a kinder alternative to the Elf on the Shelf, an American import now popular in Ireland that checks up on children and reports back to Santa.

"The purpose of Merry Ole Mick's Chimney Express is to offer families a Christmas time tradition that would bring loved ones together to promote problem sharing, storytelling and just some stress free Christmas fun using the element of magic, which of course is a child's imagination.

"I wanted Merry Ole Mick to be a Christmas companion where he would encourage children to express themselves rather than enforce rigid tell tale rules the existing Elf character was responsible for. As a parent it was important to me that there would be a child friendly psychology behind the character who would see his new friends only in a positive light rather than offer conditional reward systems which can heighten a child's anxieties as they wait on Santa to decide if they are on the naughty or nice list," JJ explains.

JJ says he never aspired to be an author or inventor of a new Christmas character, until two years ago. A commercial grade woodworker, he returned to college in 2019 to study Sociology and is a Dad to Noah, 7 and Belle, 5. 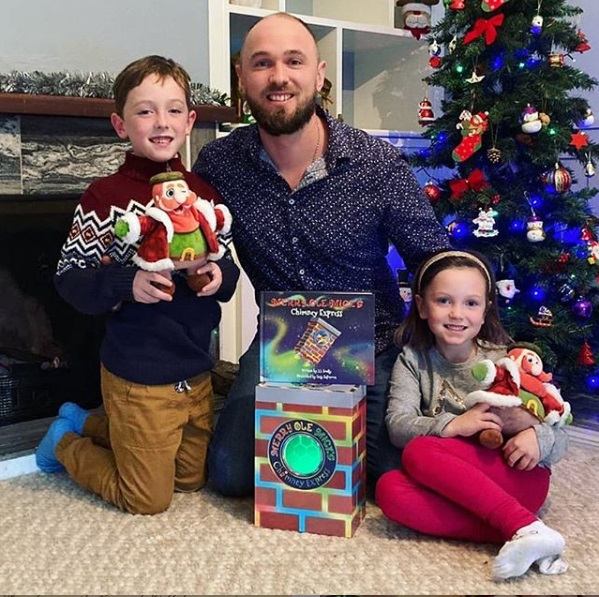 He has invested his own money in the new business, along with two Laois friends, teacher Fintan Walsh and product manager Joey Delaney both from Portlaoise, with all hoping Mick will fly off the shelves this Christmas into homes all over Ireland.

The book is beautifully illustrated by Russian artist Lusy Safanova.

Below: one of the lovely illustrations from the book Merry Ole Mick's Christmas Express 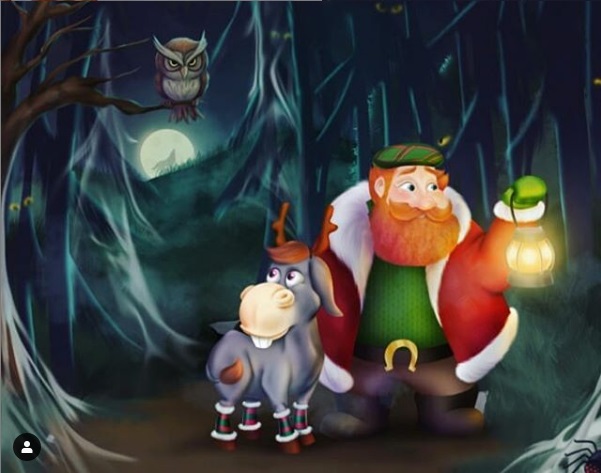 See merryolemick.com to view and order the products.

We have three sets of the Merry Ole Mick Christmas Express book, toy and chimney to give away to our readers, courtesy of JJ!  ... UPDATE: two are gone, there's one set left to win! 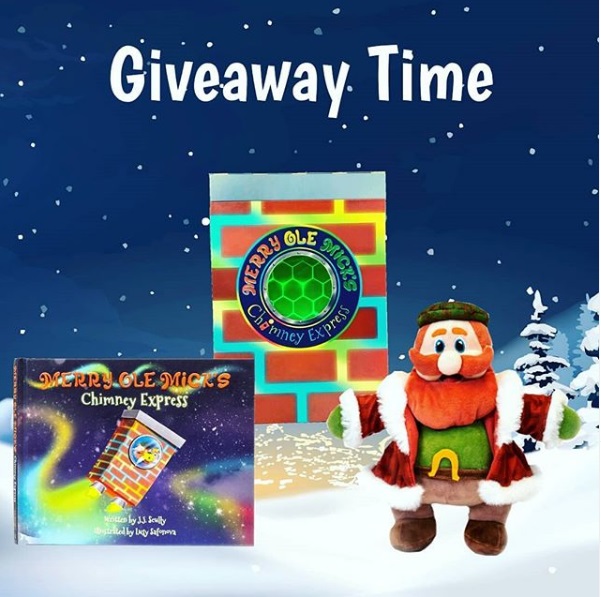