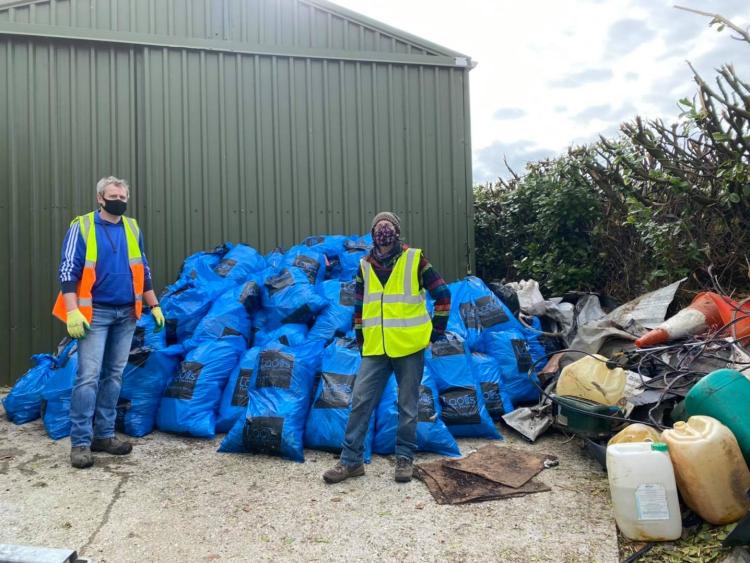 Laois is being cleaned up by hundreds of community volunteers and residents this spring in an incredible display of community spirit and resilience.

The official Clean Up Laois Week had to be cancelled this year because of Covid-19 restrictions, but Laois County Council is supporting Tidy Towns groups, GAA clubs and individuals who want to get out and clean their local area, by providing bags and taking them away.

However the dumping battle is still being lost say councillors.

Cllr John King from Rathdowney says names of dumpers must be publicised.

“Tidy Towns are losing the battle on dumping. I’d like to see the money spent on bags and litter pickers put into cameras. We have to take people to court and fine them and publish their names. The rubbish will be collected but they are going to continue dumping,” he said.

“It took them two and half hours and they collected 107 bags of rubbish. It is a terrible indictment on fly tipping, a lot of take aways are thrown out of cars. It is important we get cameras on hotspots,” he said.

Cllr Ollie Clooney from Durrow described dumping as “a blight on our community”.

“I was out myself cleaning up on Saturday and the problem is getting worse, we need an education programme in schools and we need more signs. I am in favour of cameras,” he said.

CCTV cameras on dumping hotspots need a change of law to be permitted in legal action, but Cllr Aidan Mullins suggests a way around this.

“We’ve been told the use of CCTV is not compatible with waste management and litter pollution acts, but the data protection officer Helen Dixon has said that cameras can be installed and legally used if installed under the Garda Síochána act. Can the council confirm this,” he asked.

“If we can engage with the Gardaí, it’s vital. We badly need cameras in areas of illegal dumping,” she said.

Director of Services Simon Walton said that a new Waste Management bill is due at the end of 2021.

“We are in hiatus until then. I note those powers under the Garda act and I will follow that up,” he said.

Laois County Council’s environment department said that their annual “Clean Up Laois Week” will not go ahead in the normal way this year because of Covid restrictions.

However they have distributed 64 packs of litter pickers, gloves and bags so far this year to Tidy Towns groups, large community groups, GAA clubs and members of the public, and are taking away the blue bags of filled rubbish from roadsides.

“This has supported various litter picks which have been carried out in a safe manner. The Environment section has arranged for the safe pick up and disposal of litter collected,” they said.

“A number of clean-ups have been organised by Tidy Towns county wide. This has been commendable as they have had to organise these collections while observing social distancing rules within the 5km zone under Level 5.

“Many groups organised clean-ups with local GAA clubs notably Durrow, Abbeyleix and Cullahill Tidy Towns and both local GAA clubs held a litter pick along the main road from Cullahill to Abbeyleix benefiting all three communities (see more photos below of that cleanup). Camross Tidy Towns, Coolrain Tidy Towns, Camross GAA and families from local primary schools all participated in a local clean up and collected a huge amount of litter and waste from the area,” the council said.

The council staff themselves have cleared illegal waste from the Rock of Dunamase, Knockmay, St Brigid’s and O’Moore Place in Portlaoise, from Clonenagh Bog, The Heath, Clonkeen, Straboe, Ballyfin, Portarlington, Ballybrittas, Ballyadams, Killeshin and Emo since February.

The full cost of the Laois cleanups for the first quarter of 2021 will be announced in late April. 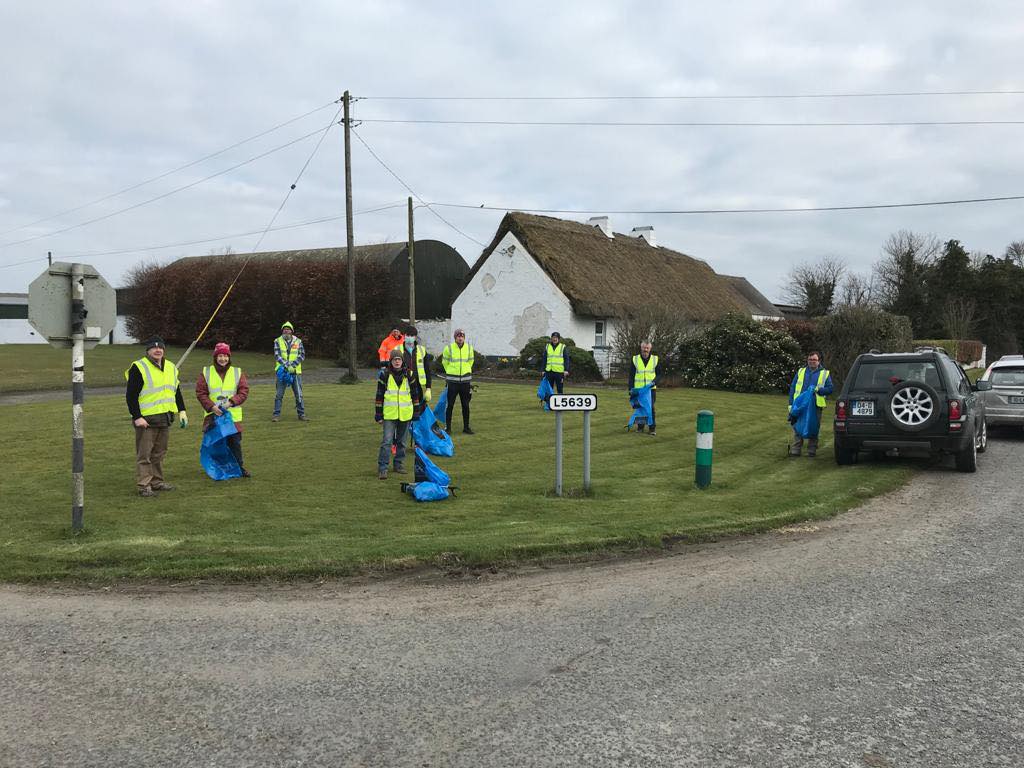 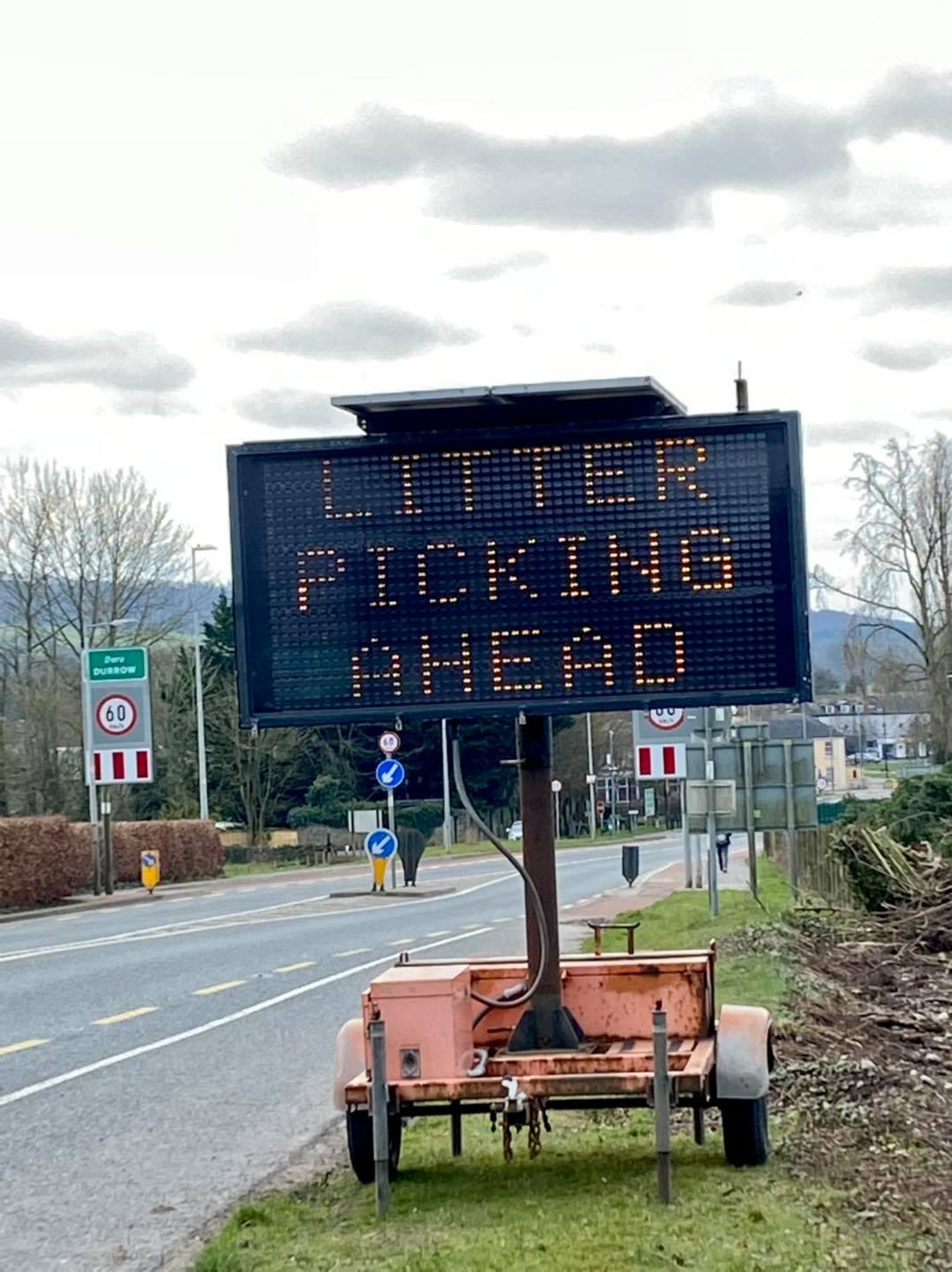