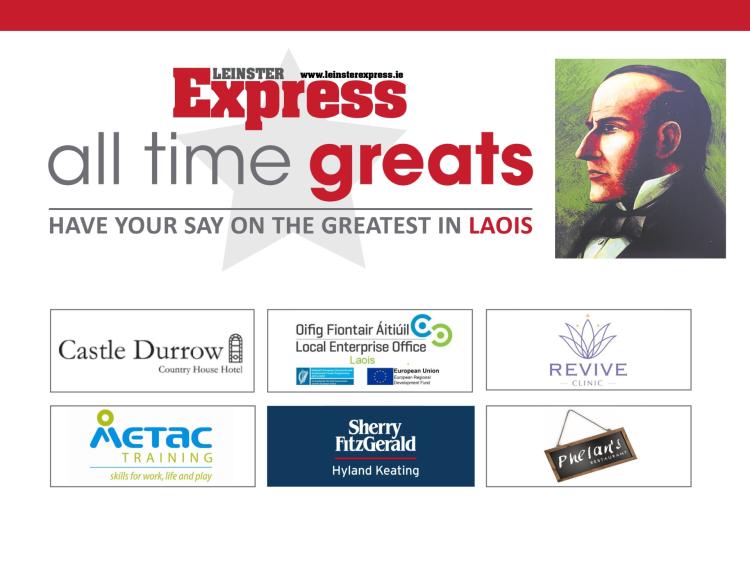 James Fintan Lalor was born in Tenakill House, Raheen in 1807.

James wrote for 'The Nation' newspaper in which he published a series of radical letters and articles about land reform. He advocated for a strike against rents, a proposal which was adopted by John Mitchell.

He was a contributor to the Irish Felon, which began publication on June 24 1848 under John Martin after the United Irishman was suppressed.

The Irish Felon published five issues before the newspaper was suspended in July 1848 and Lalor was arrested.

He was imprisoned until November 1848 when he was released because of poor health.