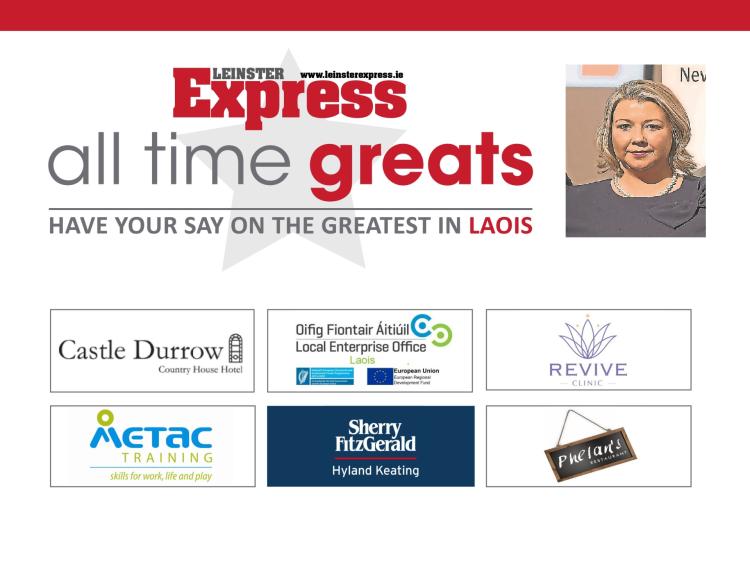 Gillian Treacy has become one of the best-known campaigners for road safety in the country.

Unfortunately, it was a role that she did not seek but it followed the death of her three-year-old son

Ciarán in a car crash in Portarlington, caused by a drunk driver, in 2014. It also left Gillian badly injured with a crushed leg which required many operations to avoid amputation.

Gillian was appointed as a Board Director with the Road Safety Authority, she was the face of a heartbreaking multi-media campaign by the RSA, with her husband Ronan, and Laois emergency and medical staff.

She also campaigned for the Road Traffic Bill 2017 under which anyone caught driving with a blood alcohol level of between 50mg and 80mg per 100ml is given an automatic driving ban.