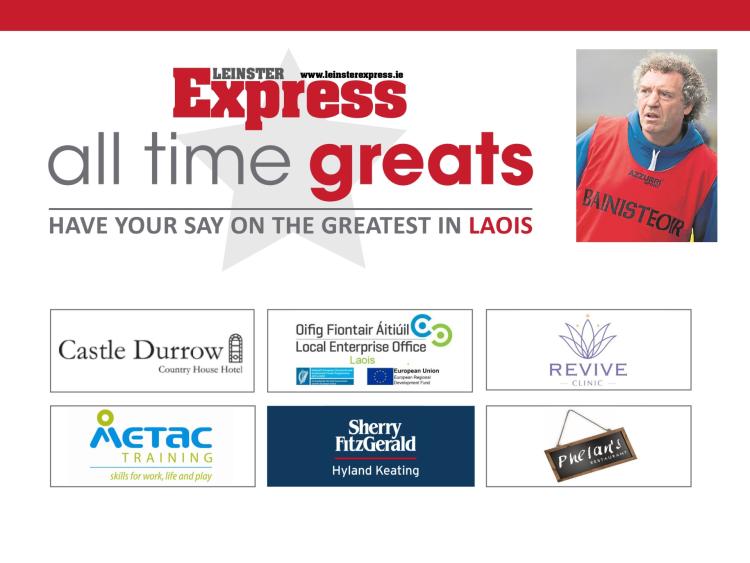 Pat Critchley was a mainstay of the Laois GAA hurling team of the 1980s and was honoured as the county’s firAll-Star in 1985 when he was chosen on the hurling team.

He is the only Laois player to ever win a hurling All-Star award.

As well as this he coached countless teams – in football, hurling, basketball and ladies football at club and county level.

In 2008 he published his autobiography, Hungry Hill, a bestseller that recalled his life and times in sport and education, as well as his involvement with the Mere Mortals band that played at the Feile concert in Thurles.

Pat retired from the teaching staff of Scoil Chríost Rí in 2017, after a 32-year career. He continues to coach teams at the Portlaoise girls secondary school.