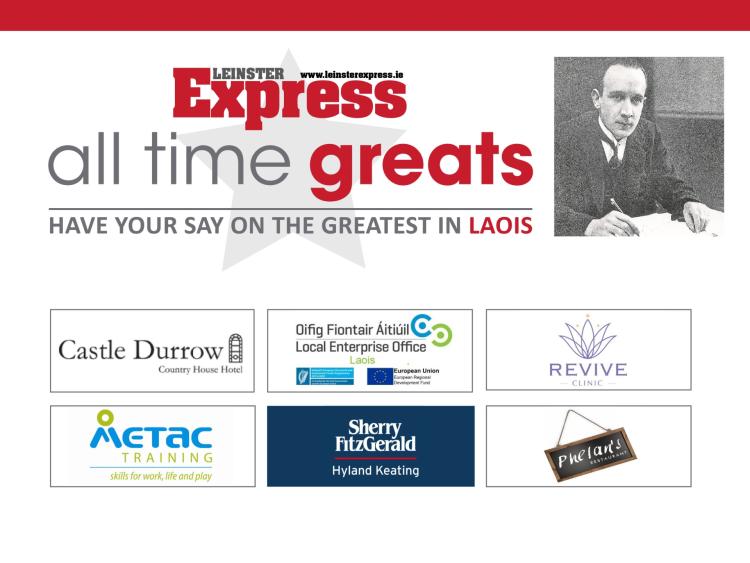 Kevin O'Higgins was born in Stradbally and joined the Irish Volunteers in 1915.

He was appointed a captain of Stradbally company, Carlow brigade and later joined Sinn Féin, but was soon arrested and imprisoned in 1918.

While he was in prison he became MP for the then Queen's County in the 1918 election.

As Minister for Justice, he established the Garda Síochána. He was later assassinated in Booterstown in July 1927.