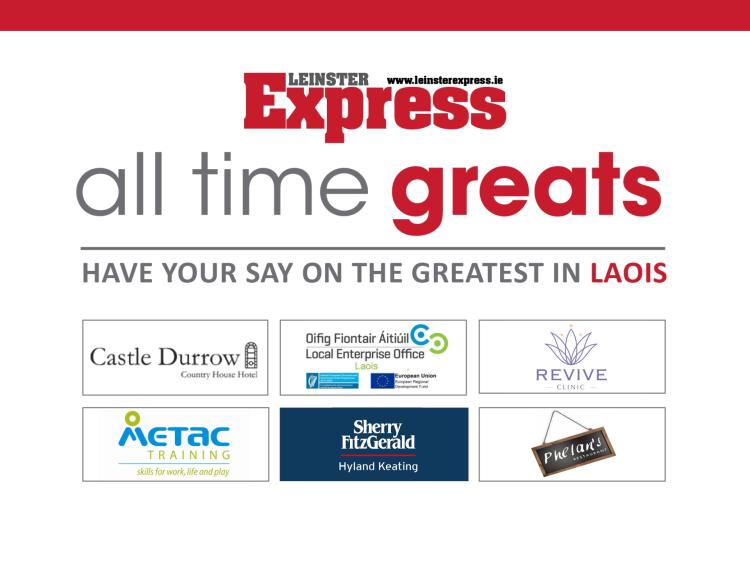 There was a phenomenal response to the polls in the quarter final round of Laois' All Time Greats as people voted in their droves to select who should go through to the next round.

There is no doubt that this has captured the imaginations of Laois people with support coming from near and far for the shortlisted candidates.

The quarter final round threw up some interesting surprises, one of them being the focus on historical figures.

One of Laois' most renowned historical personalities, Kevin O'Higgins was up against Anna May McHugh, famous as being Managing Director of the National Ploughing Association and a household name. However, when it came to the votes it was Kevin O'Higgins who triumphed, taking 65% of the vote as compared to Anna May's 35%

Similarly in another poll which found the founder of the Patrician and Brigidine orders up against Durrow comedian and DJ Bernard O'Shea. Whether through the auspices of divine intervention or otherwise, Bishop Delany racked up a vote of 72%, compared to Bernard's 28%, making him the runaway winner.

There was something of a landslide also in another poll, but perhaps somewhat less surprisingly as Laois' only All Star, Pat Critchley overcame actor Robert Sheehan by 88% to 12%.

And sport was again to the fore in the poll which saw Anne Keenan Buckley face off aganst road safety campaigner, Gillian Treacy. Anne won on a comfortable margin of 65% to 35%.

Going through to the semi final round:

We will announce the draw for the semi final round later this morning.

Special thanks to our sponsors: