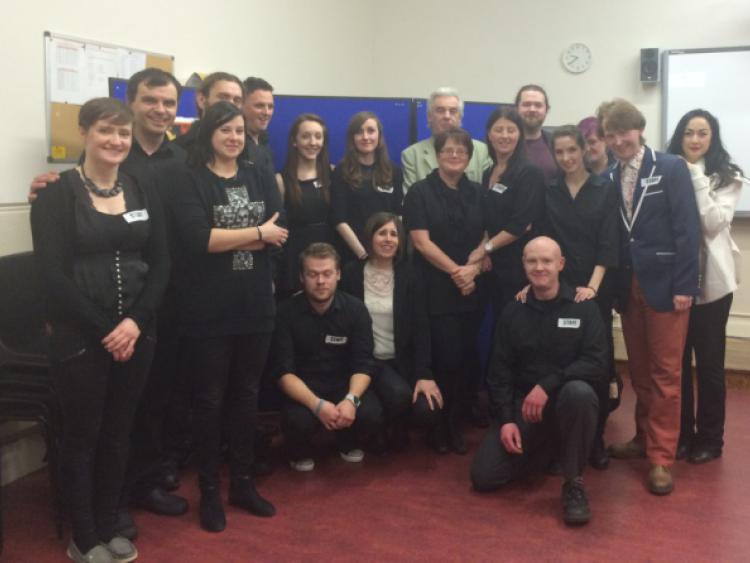 As part of their work experience module the level 6 art students transformed classrooms into a cinema for one night only with the venue being dramatically transformed from an education centre to a pop up cinema.

The event was a free event showcasing a collection of independent short films including ‘The Missing Scarf’ (which has won numerous European and international awards) and ‘Pentecost’ which has been nominated for the prestigious Oscar awards.

The main feature however of the night ‘He Moved through the Fair’ was produced and directed by a past student of the centre John Hennessy and was filmed in Vicarstown and Stradbally. On the night a number of the actors in the production attended the viewing including the leading actor who also is a past student Tomas Byrne.

Overall the event was a resounding success with all seats being filled. Donations and money collected from the catering stalls to the value of €160 were given to Saint Vincent de Paul. The students would like to thank all those who attended and those whose films were showcased.