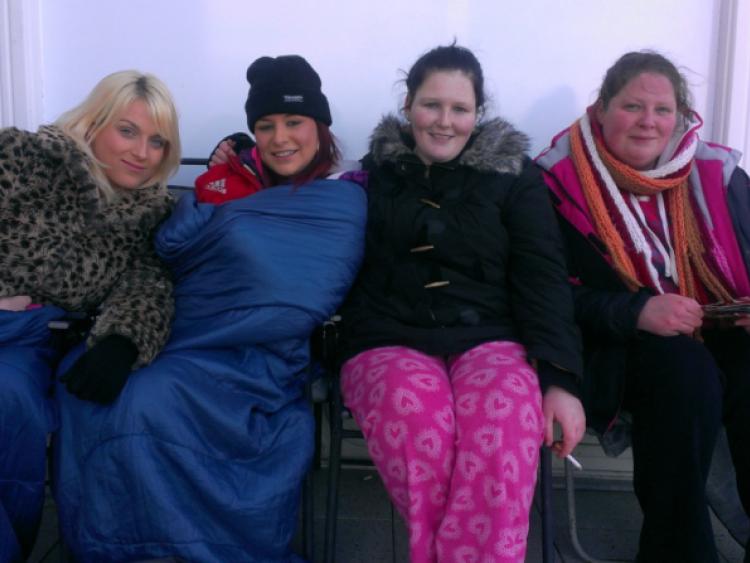 There were no ‘Unanswered Prayers’ for Portlaoise’s Tania Moore, who queued for four days to buy Garth Brooks tickets, and won two free tickets.

There were no ‘Unanswered Prayers’ for Portlaoise’s Tania Moore, who queued for four days to buy Garth Brooks tickets, and won two free tickets.

Tania, 18, from Collier’s Lane, was rewarded for being one of the first in line in Ireland to queue for concert tickets, when RTE’s Ryan Tubridy phoned her up live last Wednesday morning and gave her two free tickets.

A thrilled Tania, 18, had begun queuing outside Laois Shopping Centre with her friend Sarah Nugent, at 11am last Sunday morning January 26, four days before they went on sale nationwide.

“We’re crazy I know, we just wanted to be first to make sure we got tickets. People were giving us funny looks but the queue is growing now so it’s not so bad,” she told the Leinster Express on Wednesday.

She is giving one of the free tickets to her mother Winnie.

“She is a big fan, that’s how I got into his music. Even when we are cleaning the house, we are bopping away,” she said.

Despite getting the free tickets, a dedicated Tania remained wrapped up in her sleeping bag on a garden chair at the top of a queue that by Wednesday morning already had 25 people in it.

“My auntie and them still need their tickets,” she explained.

The fans sat out all last Wednesday night with temperatures dropping to zero, rewarded for their efforts with tickets on Thursday morning. 240,000 tickets were sold out within an hour. The concerts take place in Croke Park on July 25, 26 and 27.