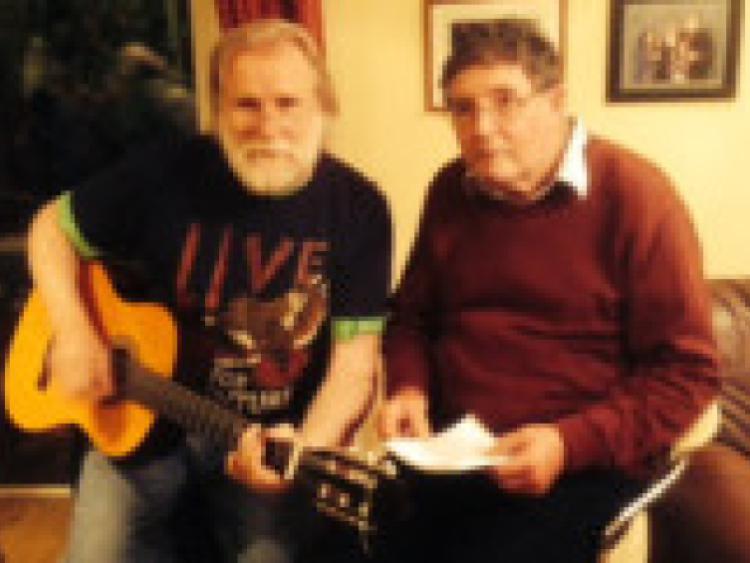 ‘How’s your Father’ and ‘Free range Nun’ are just two of the short stories from the mind of retired bank manager Pat Lillis from Portlaoise, now preserved in his first book.

‘How’s your Father’ and ‘Free range Nun’ are just two of the short stories from the mind of retired bank manager Pat Lillis from Portlaoise, now preserved in his first book.

‘Speakers Corner, Spinning Yarns’ is a collection of 79 short stories and poems, some humorous, some historic, some touchingly sad.

It is based on memories and tales from Pat Lillis’ childhood in West Clare, his 23 years as manager of ACC Bank in Portlaoise, and golfing anecdotes. Pat joined the Heath Golf Club when arriving in Portlaoise as a 22 year old man with his wife Mary and young child.

“I started telling stories in 1974, taking every chance I got. If you win a prize in the Heath, you get to make a speech, and they went down a bomb,” remembers Pat.

Among the short but sweet stories is one recounting a joker coming into the bank in 1950s Portlaoise, asking to see the manager.

“I am sorry, he has passed away,” the official tells him.

Twice more the gent comes in that day to ask to see the manager.

A member of Portlaoise Writers Group, Mr Lillis was encouraged by his fellow writers to put his tales into book form, and so he self published 500 copies, going local to Portlaoise’s Print Central.