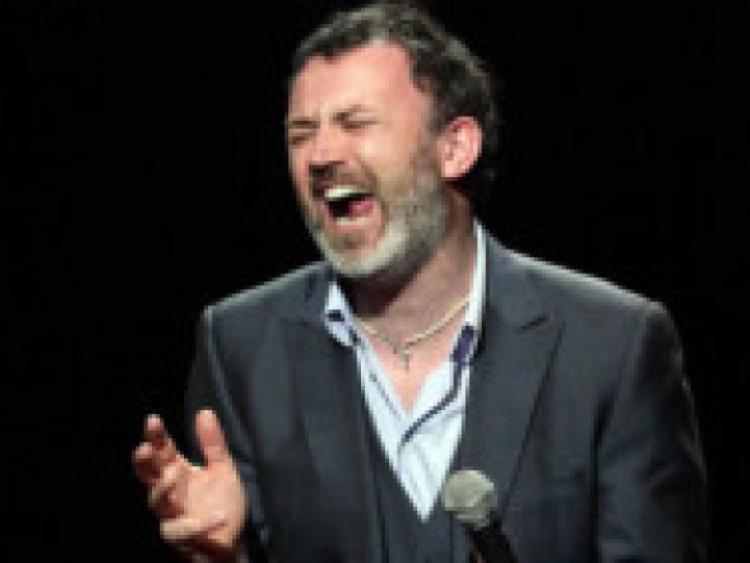 Tommy Tiernan will be bringing ‘Open Mouth an Improvisation’ to Kavanagh’s Comedy Club in Portlaoise on Thursday September 19.

Tommy Tiernan will be bringing ‘Open Mouth an Improvisation’ to Kavanagh’s Comedy Club in Portlaoise on Thursday September 19.

A freefalling spontaneous scriptless performance that pushes Tommy to the very limits of his creativity.

This is improvisation but probably not as you may have seen it before.

There are no games or audience suggestions. Tommy walks onstage with no idea what’s going to happen and just begins.

We don’t know and neither does he. This is a full length, entirely composed in the moment, aria of mayhem.

Described by some as the best and most honest thing they’ve seen Tommy do, this is tightrope walking, 50 ft in the air without a tightrope ! It could be brilliant, it could be cringeful, it could be both but it will always be compelling.

Tommy is one of the country’s best loved comedians and has been performing gigs in Laois and around the country for many, many years. This new show is an opportunity to catch the comedian in the intimate setting of Kavanaghs in Portlaoise, which will probably be one of the best ways to get up close and personal with the comedian. Visit www.tommytiernan.com for more.