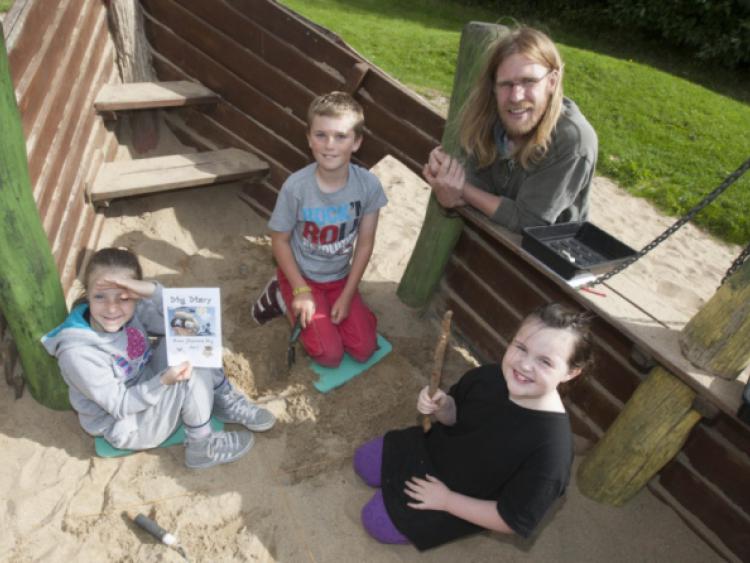 The Heritage House in Abbeyleix received the national award for Best Children’s Event in Heritage Week 2013.

The Heritage House in Abbeyleix received the national award for Best Children’s Event in Heritage Week 2013.

The Kids Shipwreck Dig Workshop was praised as an innovative, fun and educational event where children became archaeologists for the day.

The Heritage House set out to give children an understanding of archaeology, the skills involved in excavation and the excitement of finding and recording artefacts.

It gave children a chance to get their hands dirty and uncover the past at their own pace.

Speaking about the winning project, the Judging Committee said that the workshop “succeeded in bringing heritage to life in a real way that was fun and educational for children”.

Sinead Marshall, Manager of the Heritage House, was delighted to receive the award.

“It’s a nice recognition of the hard work we put into making the centre welcoming and interesting for all visitors. We hope to see more visitors coming for a look now,” she said.

Based on their success the award-winning heritage centre is planning to run a Dig Camp this summer.

Michael Starrett, Chief Executive of the Heritage Council, spoke about the awards.

“It gives the organisers of these events the opportunity to be recognised for the tremendous work they do in increasing the educational and heritage value of the week,” he said.