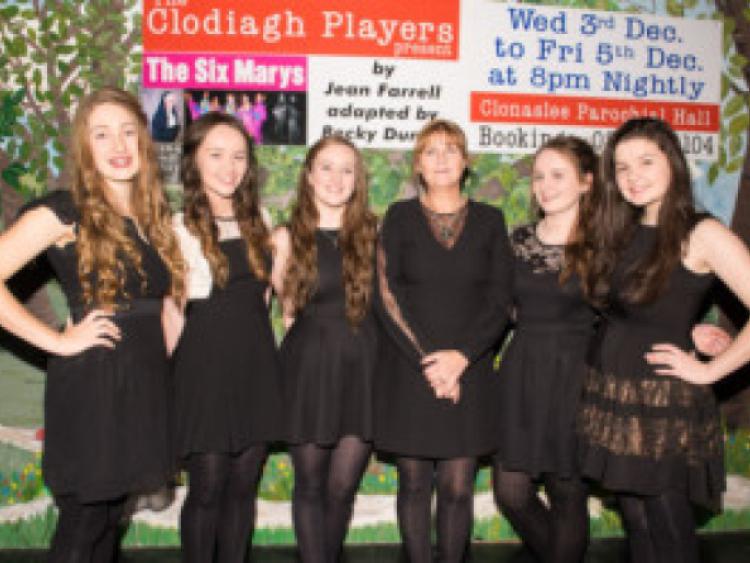 The Clodiagh players will performs “Six Marys”, later this week. One of four major projects they hope to take on in the coming year.

The Clodiagh players will performs “Six Marys”, later this week. One of four major projects they hope to take on in the coming year.

The play was initially written by Jean Farrell in the form of a one-woman show, which has been adapted by one of the groups own members, Becky Dunne, to allow some of the scenes to be acted out.

In this play, we will follow our main character, Mary, and 5 of her friends through the story of her life, beginning with her adolescence, through her thirties and concluding in her fifties.

The amateur drama group also plan to stage a panto - an adapted version of “Snow White And The Seven Dwarfs”.

The original script was written by David Barrett, but it has been edited to better reflect the humor of the Clodiagh Players.

The show kicks off on Monday, January 26 and will run for a full week including a matinee show on the Saturday.