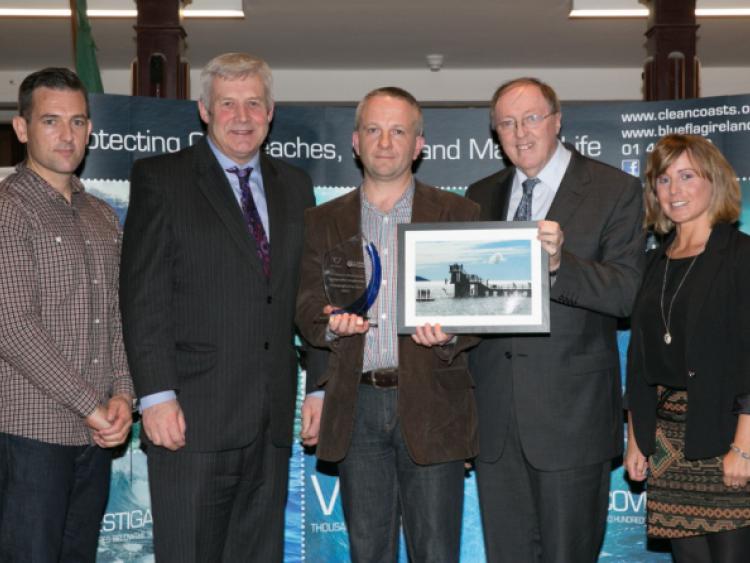 As well as coming in first place in his category for ‘people and the coast’, Carl was also surprised to learn that he won the photo of the year at the awards.

Carl took the photo last summer, which perfectly captures the fun and sunshine of our unusually pleasant weather.

“During the really nice weather last summer I was driving back from Connemara to Galway and I saw happened to see them all diving. I set up and shot for two hours. If you keep shooting you will eventually get the shot. It fit perfectly into the category and I was very lucky to win”, a humble Carl told the Leinster Express.

Carl only entered one photo in the competition and joked that it was ironic that he won, considering he was coming from a landlocked county.

The camera club are enjoying great success over the past couple of years, with many members winning awards, and the club making a name for itself nationally.

Carl said that the club is always open to new members and meets every Wednesday night. It has nearly 50 members of all abilities. The club host talks and workshops as well as going on field trips and meeting with members from other clubs around the country. members also run classes for beginners. Members host workshops there, and they also bring in a guest speaker every month, as well as running an internal competition.

“We meet every week which keeps up the momentum. It keeps everybody focussed”.

Carl added that for himself, he likes to try as many photographic methods and projects as he can and is always varying his work.