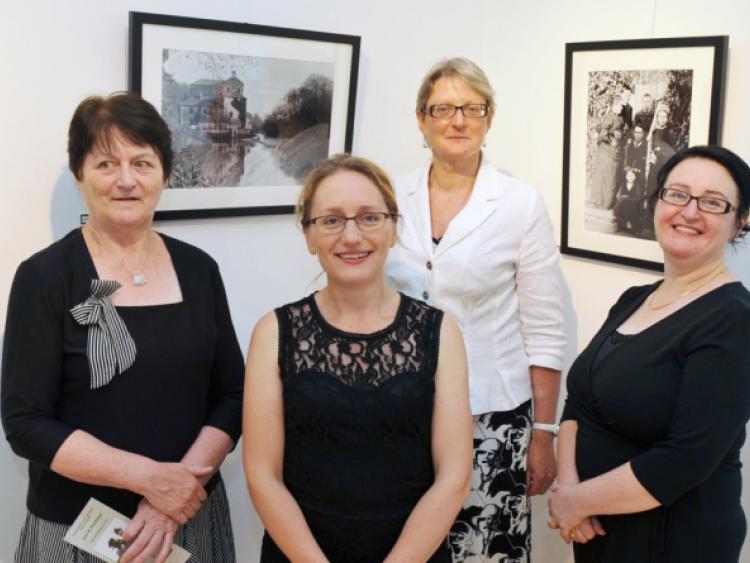 The first ever exhibition of photographs taken by renowned Quaker photographer Jane W Shackleton has opened in Mountmellick Library and includes fascinating images of Mountmellick and Rosenallis in the nineteenth century.

The first ever exhibition of photographs taken by renowned Quaker photographer Jane W Shackleton has opened in Mountmellick Library and includes fascinating images of Mountmellick and Rosenallis in the nineteenth century.

Quakers from around Ireland joined Mountmellick people for the launch on Thursday, which featured a once-in-a-lifetime slide-show of images introduced by Jane Shackleton’s great grandson Jonathan using her old lantern slide projector.

He expressed his delight with the high quality of the exhibition and his strong desire that Jane Shackleton get the recognition she deserves for her pioneering photography.

As a Quaker from a well-to-do family in Dublin (though her ancestors lived in Mountmellick) Jane Shackleton travelled the country with her camera, meeting and photographing people from all walks of life.

Because of her background with industry and milling, she took extraordinary pictures of bogs, canals and industry that no other photographer of the time was interested in.

At the launch local historian Roy Meredith put the Quakers in fascinating context for the audience and Chris Corlett, who compiled the book “Jane Shackleton’s Ireland” described the photographer’s impact on him. Elizabeth Kirwan, curator of the photographic archive at the National Library of Ireland officially opened the exhibition, and said she was thrilled and moved by the exhibition.

Although she works with slides and slide projectors, she had never seen one used and described the evening as moving, and an important step in recognizing Jane Shackleton’s contribution to Irish photography.

Teenager Sophie Pim, from the last remaining Quaker family in Mountmellick presented the visiting speakers with a piece of Mountmellick embroidery.

The exhibition is organised by Mountmellick Heritage Society and is supported by the Shackleton family and Mountmellick Library. It runs until August 31.