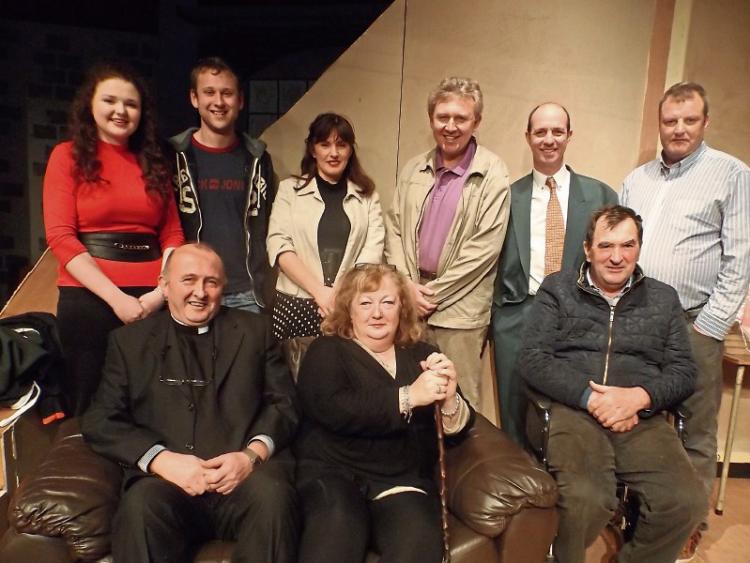 Amateur drama enthusiasts in the Midlands will be delighted to learn that it’s almost Mountmellick Drama Festival time again.

Following on from last year’s very successful 25th anniversary celebration of the festival, the committee are confident that this year’s lineup of plays will prove to be an exciting and entertaining mix.

As always there will be an excellent selection of plays to chose from, ranging from the traditional and familiar through to several plays which Mountmellick audiences will not have seen before.

The festival programme is as follows:

Tuesday March 8, Where He Lies by John Barrett, performed by Kilmuckridge Drama Group.

Wednesday March 9, The Thrill of Love by Amanda Whittington, performed by Holycross/Ballycahill DG.

The festival, which is run under the auspices of the Amateur Drama Council of Ireland, attracts Ireland’s finest and most talented drama groups, whose passion and love for their craft ensures that we are treated to productions of the highest standard as they vie for a coveted place at the All Ireland finals in Athlone or Castleblaney.

Irene is a native of Nenagh where she has been part of many productions with Nenagh Players and has won numerous accolades for acting and directing and is well respected by groups and festival committees for her invaluable comments and advice.

She is delighted to return to Mountmellick, the home of her first ever adjudication assignment.

The festival would not be possible without the invaluable assistance of many. The committee is extremely grateful to main sponsors Mountmellick Credit Union and Colm Heslin, manager, for their continued support and acknowledge all the sponsors, patrons, advertisers and friends of the festival.

This year’s Festival will run from Friday March 4 to Friday March 11 inclusive. The Very Reverend, Bishop Denis Nulty will open the festival on March 4 at the Community Arts Centre, Mountmellick at 8pm.

of the final night Friday March 11, which will have a 7.30pm start, followed by the awards ceremony.