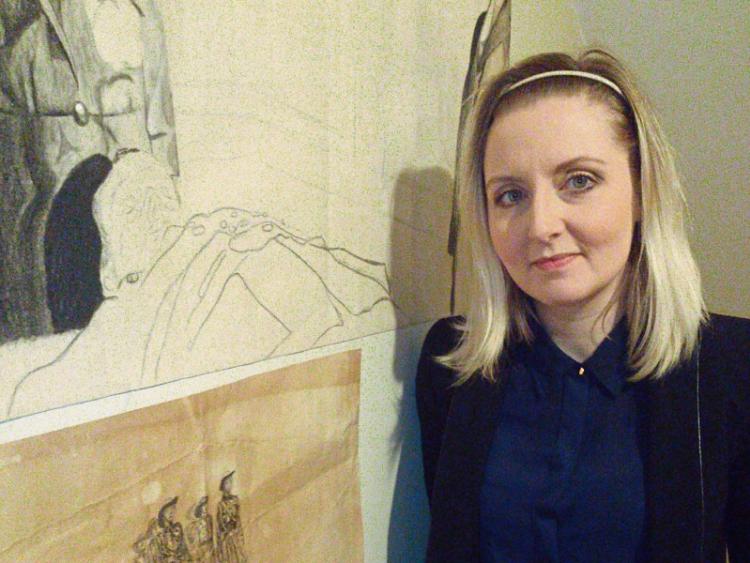 The Laois Arthouse in Stradbally is hosting an exhibition of work by Aislinn O’Keefe which celebrates the role of Irish women in the 1916 Rising.

‘As if she had a right to be there’ opened last Saturday, officially launched by Laois heritage officer, Catherine Casey and Laois Ireland 2016 coordinator.

On exhibition for four weeks, O’Keeffe’s work explores the role of early 20th century revolutionary Irish women through a series of text art and drawings.

An evolving series of work exploring women’s involvement in the Irish struggle for an independent nation. This work explores the idea of space as gendered and highly politicised.

Traditionally, ‘feminine’ space is the domestic, private sphere while the public domain, the realm of power and decision-making, is ‘masculine’ and male-dominated.

Irish women in the period leading up to an independent, though partitioned, Ireland flouted convention and occupied public spaces (both ideologically and physically) while fighting for a free Ireland.

The exhibition will be on display at the Arthouse until Friday, April 15.