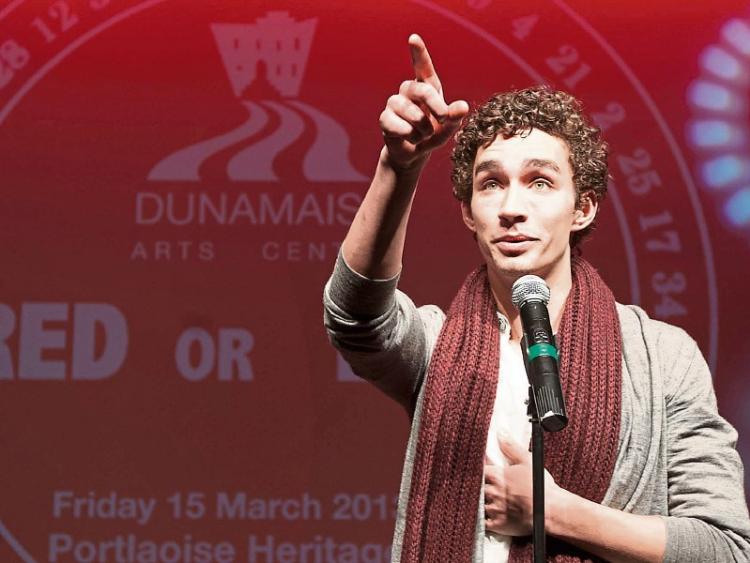 I can't remember how mine and Open Door Theatre Company's paths converged. If I was to hazard a guess I would say it was through Mary Delaney.

She is a key component of Open Door, who works with my Mum Maria and of course my school in Ballyfin. Undoubtedly news of Maria's show off lad had reached her ears, and invited me to come along and audition to play Cripple Billy in their first Production of 'The Cripple of Inishmaan'.

I had done a few plays before, the odd musical but nothing that could be described as as weighty as the drama of Cripple, so it was a new departure for me.

Dick Bradish was the Director (sadly since passed), and he guided me gently, never ever pushing or pressuring to try to get more 'emotion' out of me. Himself and Kevin Lalor Fitzpatrick, Anne Campbell and Mary and all members of Open Door set the framework for a very relaxed atmosphere, so everyone could have complete uninhibited fun, even a young fellow like myself, lacking in experience and painfully adolescent!

That play is such a masterpiece too, because it tightropes so skilfully between hilarious comedy, and earth shattering black tragedy, and it's a very tricky tightrope to tread, and I have seen examples of it being successfully treaded, and not so successfully.

But I think we did the Play justice.

There is a scene in which Billy sits in a tiny apartment in New York, having been flown over for a 'Shcreen Tesht' by the Americans, and he's having massive nostalgia and regret about leaving home, in what he feels are his last days, and it was the first time as an actor I went to places of great intensity and emotion in front of an audience. Lots of tears and upset across a beautifully written monologue piece. It was a transformative experience. And one I've striven to recreate many times since, because giving that to an audience is the essence of joy when you're an Actor.

All the walls of the theatre fall away and being left with nothing but the feeling of what you're conveying, you're floating on it, and they are too.

I'm very grateful to have been given that opportunity to expand at such a young age, and I owe a lot to Open Door...

And I can't wait to see their next Production of Cripple.

* The Open Theatre Company's production of the Cripple of Inishman will be staged in Portlaoise at the Dunamaise Arts Centre Saturday & Sunday, April 15-16.

The run ends on Thursday, April 28 in the Abbeyleix Manor Hotel.

The curtain goes up at 8pm sharp.