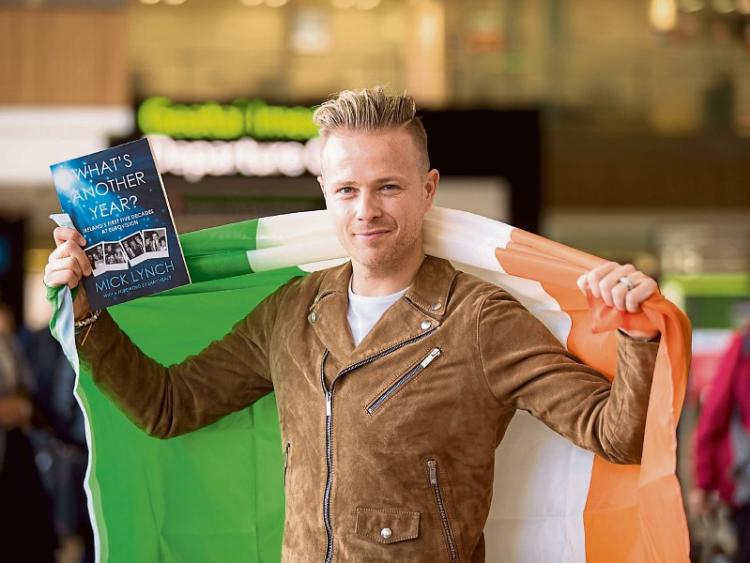 A Mountmellick writer has paid tribute to Ireland’s legacy in that most colourful and camp of musical events, the Eurovision Song Contest, in a new book that’s garnering praise from this year’s Irish contender, Nicky Byrne.

‘What's Another Year? Ireland's First Five Decades At Eurovision’, written by Mick Lynch, is the ultimate guide to Europe's favourite song contest. Brimming with exclusive new interviews, stunning photography and the heart and soul of half a decade of performers, the book is a fascinating retrospective of Ireland's love affair with The Eurovision.

Beginning at the roots, with the 1965 National Song contest, when the dulcet tones of Dickie Rock and Brendan Bowyer won the hearts of the nation, to the present day, and evolving image of Irish entries. Mick Lynch asks the people who have lived it first hand, gathering the stories and memories which tie the Eurovision into the fabric of our musical history.

Mick Lynch grew up in Mountmellick surrounded by music. His dad played with several showbands, including the Artane Boys Band, but Mick’s attempts to master the keyboard failed miserably. Mick studied journalism and began working freelance. He has contributed to various books, radio shows and websites over the years. His first book,The Beatles and Ireland was published in 2008.

He has attended Eurovision events in the UK, Denmark, and the Ukraine, and has met many of the people associated with Eurovision, including the competition’s first ever winner Lys Assia.