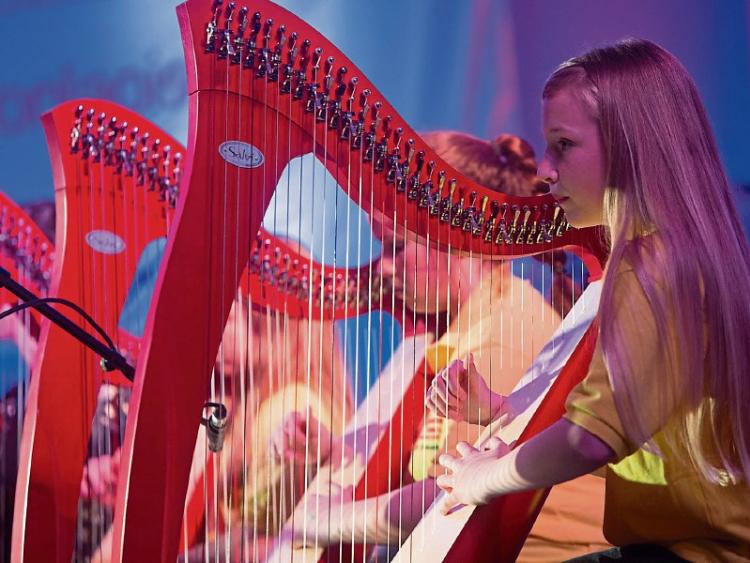 Martin Tourish, composer and accordionist with the Donegal-based band Altan, collaborated with the Music Generation Laois Trad Orchestra to create a new twenty minute piece of music ‘1916: Visions and Voices’.

The performance was met with rapturous applause, as 25 young musicians, accompanied by Martin Tourish and musicians Paul Finn and Siobhan Buckley set the Maryborough Suite alight with their energy and virtuoso.

Elaine Agnew, renowned composer from Northern Ireland, collaborated with the youth orchestra to create ‘In My Back Garden’, a twenty minute piece of music which delighted the audience, and has created a new repertoire of memorable songs for the county, one of the many highlights was ‘The Heroes of Laois.’

Scottish harpist Catriona McKay collaborated with the harp ensemble to create ‘Rising of the Harps.’ These wonderful young musicians performed with technical prowess, alongside their tutor Siobhan Buckley and Catriona McKay.

Speaking at the event, co-ordinator of Music Generation Laois, Rosa Flannery, praised “the high standard of musicianship among young people in Laois which was palpably evident in Portlaoise tonight, our most ambitious production to-date.

“The audience was blown away by the performances,” she said.