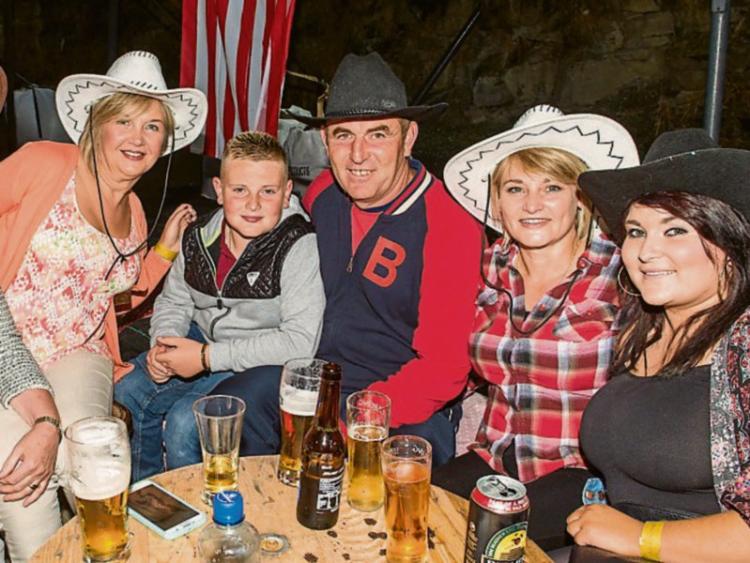 After making its mark in its first outing last year the Rednecks and Rhinestones Festival is all set to be back with a bang in 2016.

The festival, which takes place at The Gate House in Emo, from July 22-24 promises to be a feast of of American Country Music with hillbilly fun for all the family.

Live music from the Buckaroo Big Top (marquee – with purpose built dancefloor) features both top acts and up and coming talent.

After the luanch on Friday, July 23 the first band takes the stage. From 8pm-9.30pm The Hannah Anders Band entertain. They are followed by the first big act.

Laois resident and national star Michael English and Band takes the stage with his band at 10pm and promises to play 'til late.

Saturday features a packed bill of fun including a Static display of Gold Wing Motorbikes and Summer BBQ & Hillbilly Fun Fair for children.

The music gets underway at 4pm with Brian O’Mahony. He is followed by The Hannah Anders Band at 6pm. The popular Robert Mizzell and The Country Kings take the stage at 8pm while Derek Ryan and his band top the bill play from 10pm 'til late.

Sunday again features the Hillbilly Fun Fair for children. There will be runs and displays of new and vintage tractors, steam engines, and cars, American classic cars as well as the Gold Wing motorbikes.

The day also features a cowboy display and pony rides for children as well as a Pet Dog show.

The music gets underway at 2.30pm with Rusty Springs taking the stage. From 4-5.30pm Macey South provides the entertainment while The Hannah Anders Band takes over at 5.30pm. Strength in Numbers take over for a set at 7.30 and Gerry Guthrie and his band keep the show going from 8.30pm-10pm.

The musical finale will be delivered in the finest country tradition by Walk the Line A Tribute to Johnny Cash.

Along with the music there will be a a host of family entertainment, food and shows on the ranch out back.

All proceeds go to The Irish Guide Dogs for the Blind, Portlaoise and our Emo GAA club. Tickets are available at the door each day if space permits or in advance from Emo at The Gate House Bar (057 864 6844).

There will be have a fully licensed bar and restaurant, as well as a BBQ every evening, all weekend on-site.

Lots of fun activities are promised all weekend f2or families. The ranch out back is open with games and fun fair entertainment, pony rides, vintage car and tractor run, steam engine display and much more. As, it is important to note, The Gate House Bar is a licensed premises and as a result children cannot remain on the premises after 8pm.