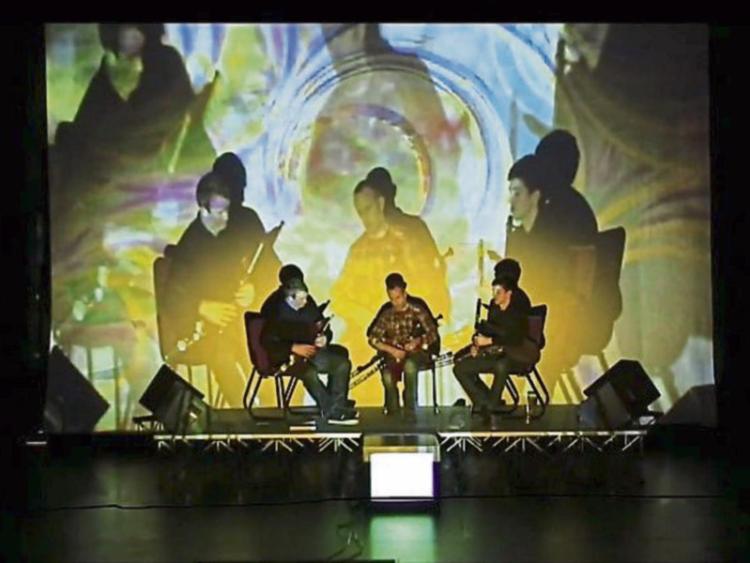 A music and live art performance devised by Donal Dineen will present a homage to the singular magic of the Irish Uilleann Pipes at the Dunamaise Arts Centre this week.

The Pipes, The Pipes has been described by the Journal of Music as “an intense, high-energy blast of ensemble piping and a visual adventure” which features “a waterfall of piping and the shadows of three pipers moving, dissolving into the shapes, colours, images and forms are emerging and disappearing on and behind them”.

The show was commissioned by The Dock, Carrick-on-Shannon on its 10th anniversary, and continued with sellout shows at The Centre Culturel Irlandais in Paris and RHA Gallery as part of St Patrick’s Festival Dublin, featuring as a festival highlight on RTE TV.

This production will take place at the Dunamaise at 8pm this Friday, July 15.