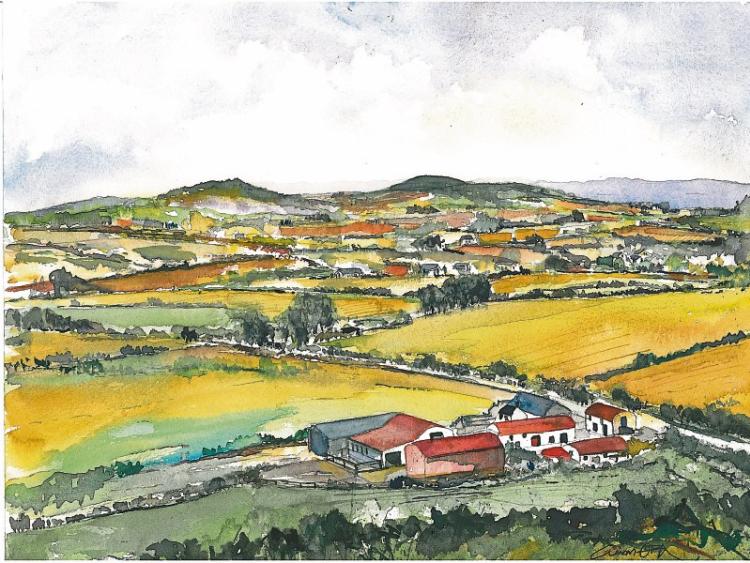 Ballinakill-based artist, Ciarán O’Brien will be presenting his third exhibition of work at the Abbeyleix Library for the month of September, featuring a series of watercolours depicting landmarks around the county.

The series of 22 watercolour paintings shows street scenes and the buildings of Abbeyleix, as well as other gems around the county such as Timahoe Tower and the Rock of Dunamase.

Originally from Dublin, Ciarán painted in college both at UCD and in Southbank University London, and he fell in love with Laois while on a UCD field trip in 1998.

“There was something cool about the people and the place, hidden villages, secret landscapes and the Slieve Bloom Mountains,” he said.

The exhibition of Ciarán's work will run at Abbeyleix Library from today, Tuesday, September 6, until Saturday, October 1.