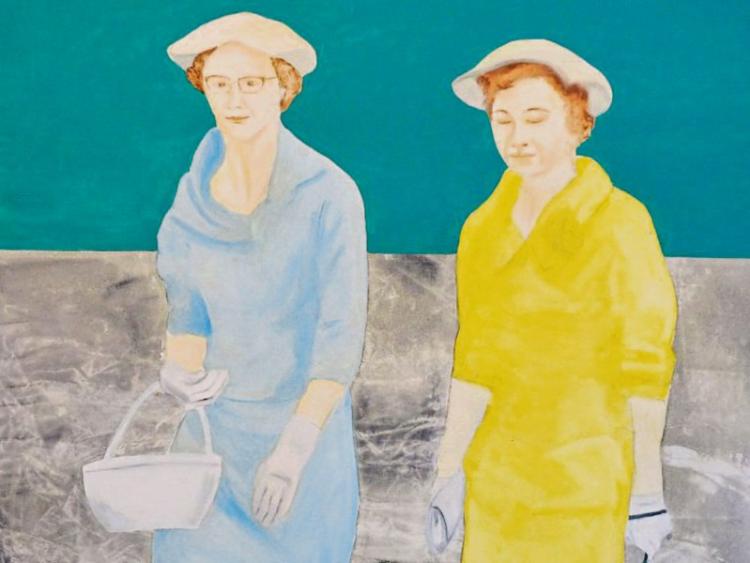 There’s still a chance to catch an exhibition of work by artist Nuala O’Sullivan at the Stradbally Arthouse this week.

Nuala O’Sullivan’s interest in the aesthetic and culture of the 1950s period and the friction between outward appearance and hidden restriction, come together in this current series of paintings, entitled ‘Another Reality’.

Living and working in Limerick, Nuala O’Sullivan was awarded her BA in Fine Art (painting) from Limerick School of Art and Design in 2006 and completed her MA in 2013.

She has exhibited extensively, exhibiting in Quimper France in 2012 as part of an art twinning project and in 2014 exhibited as part of the idir group in New York Foundation for the Arts in New York.

Collections include UL, Limerick County Council, LIT, and private collections. Nuala has a studio at Limerick City and County Council facility in Cappamore and is a long standing member of Contact Studio group in Limerick.

The exhibition runs at the Arthouse until September 30 and opening times are: Tuesday and Thursday 1pm-5pm and 5.30pm-8pm; and Wednesday and Friday 1pm-4pm.