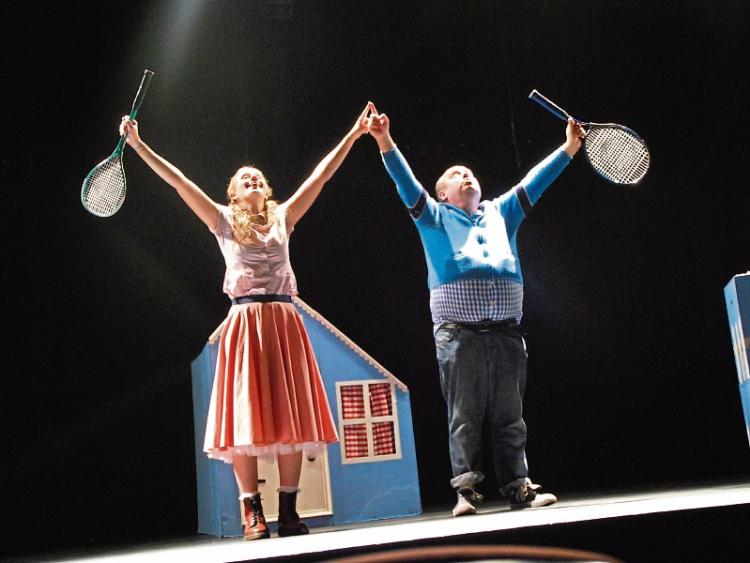 A blistering head wreck played at a hilarious pace comes to the Dunamaise Arts Centre this weekend, when Callback Theatre Company presents ‘Fred & Alice: Love in the time of OCD’.

It’s not easy to get by in this crazy old world, but Fred and Alice have discovered that all you really need are two tennis rackets, disproportionate reactions to minor accidents, an immature coping strategy and each other.

Fred and Alice first met in the home. It wasn’t really a home but Fred always called it a home because that was where he lived, and if you are not living at home then where are you?

From their days in care, to independent living, Fred and Alice negotiate the perils and pitfalls of life and love. All lovers of comedy theatre should come and see this joyous celebration of individuality.

RTE’s Joe Duffy described the play as a ‘splendid production (with) powerful performances.’ Written by John Sheehy and performed by Ciaran Bermingham and Cora Fenton, ‘Fred & Alice: Love in the time of OCD’ will stage at the Dunamaise this Saturday, October 22.