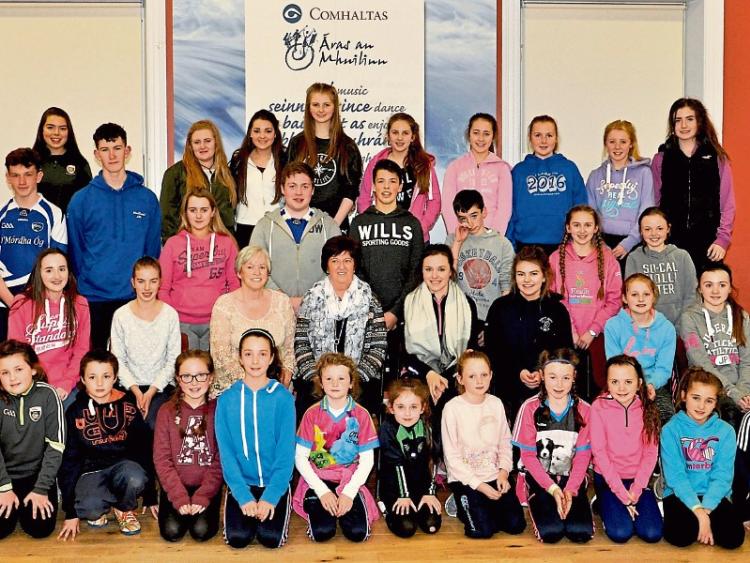 ‘Making music is fun’ could be the motto of Comhaltas Laoise. Certainly those who took part in the recent outing to Lough Key, Co Roscommon had no doubt.

Comhaltas is often seen as synonymous with the fleadh competitions but it offers much more than a competitive environment.

Projects which help the organisation to achieve this include performances at community events, and promotion of Irish culture abroad built on a good understanding of the traditional arts.

As a reward for achievements during the year the Co Board, with the assistance of a private sponsor, organised a one day excursion to Boda Borg activity centre for all seven branches.

According to Cisteoir Breda Culliton, the trip to Lough Key seemed very short: “The music started before we left Portlaoise and only stopped while solving the many puzzles provided at Boda Borg.”

Jody Conway, Cathaoirleach Co Laoise, was on hand to award certificates of merit to those who had achieved distinction during the past year. The ceremony, at Áras an Mhuilinn, Comhaltas regional centre in Mullingar was hosted by Camillus Glynn on behalf of the board of management.

Comhaltas Laoise members distinguished themselves in many ways during 2016, not least in commemorating the centenary of the Rising.

In addition to the ceremony at SS Peter & Paul’s church in which the Folk Orchestra performed on April 24 , each branch hosted local events and played a central role in their local community. Comhaltas trained performers also form the backbone of other ensembles and assist in GAA Scór during the winter months.

Meanwhile, the regular programme continues at Camross, Clonaslee, Mountmellick, Portarlington, Portlaoise , Ratheniska and Spink catering for all age groups from all parts of the county.