Today FM duo Dermot and Dave's comedy show 'Ah sure look it!' is coming to Laois

"Imagine a bonkers radio show that grows legs and arms and a head and starts firing out craic and waving its arms like an angry King Kong in that movie." 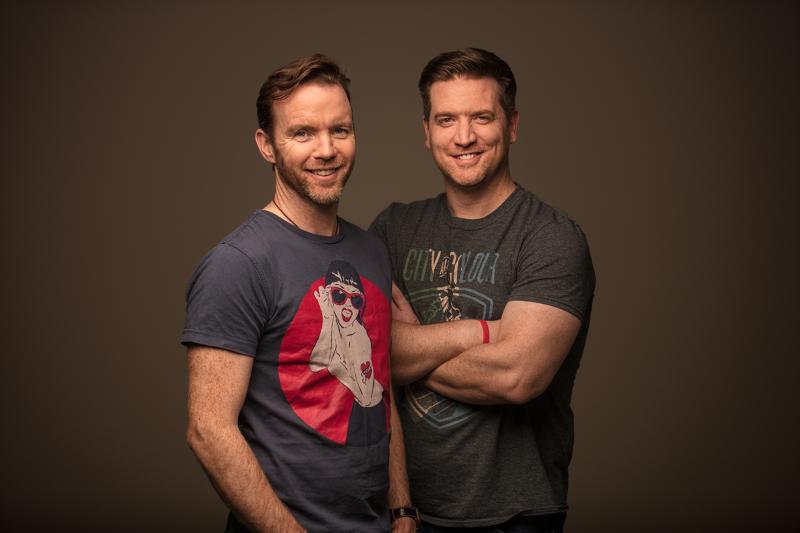 Following a sold out nationwide tour earlier this year, Today FM stars Dermot Whelan and Dave Moore have just announced a further nine shows and they are coming to Portlaoise.

The national radio duo debuted their ‘Ah Sure Lookit’ tour at the Cork Comedy Festival in September 2016 and the following month at the Vodafone Comedy Carnival in Galway. Both shows sold out in record time.

Although their tour marks the first time the pair had taken to the stage for a comedy gig, they’re well used to each other, having worked together in radio for over 15 years. Dermot and Dave present their mid morning show weekdays on Today FM.

Speaking to the Leinster Express about what people can expect from the show, the lads were very descriptive.

“Imagine a bonkers radio show that grows legs and arms and a head and starts firing out craic and waving its arms like an angry King Kong in that movie. Not even close.

“If people are expecting two lads sitting down talking with microphones it is very very different. It is a full on comedy show with characters, stand up, sketches and improvised comedy, video and the one reaction we have gotten so far from everybody on the tour is ‘My God I wasn’t expecting that’, and they loved it,” Dermot said.

“If you listen to the radio show it is kind of like that on drugs,” Dave joked.

Get tickets to the show here.

The inspiration behind the name "Ah sure look it!" came from a competition on their radio show.

"'Ah sure look it' is a competition we run on the show and it is one of our favourite phrases in general because it can be used in any situation happy, sad, serious funny you just end up saying “Ah sure look it, isn’t that it’.

"It kind of reflects the show in that you have seen it but you still don’t quite know what it was so the phrase just kind of covers the show and life," Dermot said.

Taking the radio show on the road to live audiences was something that Dermot really wanted to do and he pulled the rug out from under Dave by booking them a place at the Cork Comedy Festival for their debut.

"That’s not quite true, he booked us into a comedy festival and then told me after the tickets went on sale that we were doing it," Dave laughed.

Dermot and Dave will take to the stage at The Midlands Park Hotel on Saturday, October 21.

Get your tickets from Kavanagh's Bar and Venue, Portlaoise here.