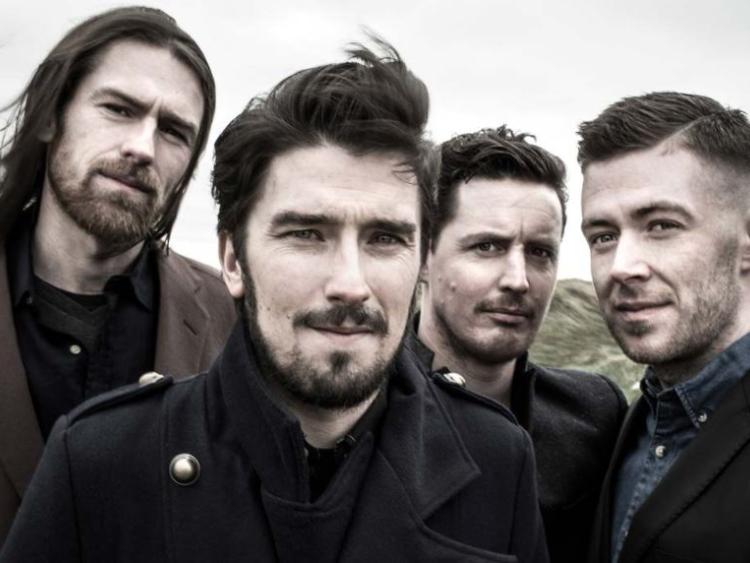 The Riptide Movement are four lifelong friends from Lucan about to release their first American-recorded album and they are taking their show on the road with a stop off in Kavanagh's Bar and Venue Portlaoise.

The band's new album ‘Ghosts’ is a journey that began somewhere between the Caragh River and the Seefin mountains of Gleinbeigh, Co Kerry, and came to completion in Tornillo, Texas, thirty miles East of the Rio Grande, under the guidance of Grammy award winning producer, Ted Hutt.

“Throughout 2015 we had rented various houses around the country, we would pull all the furniture out and bring in all the amps and drums and we’d write solid for a week.” – Gar, TRM.

Two sessions, one in Glenbeigh and another in Ballyfinnane Co. Kerry, kickstarted the creative process but the third and final session in Ballinaclash became the band’s favourite.

The venue for it, the old mill house, was perched on the banks of the River Avonbeg and the power and roar of the waterway seeped into the tone of the recordings. The sessions had produced over forty songs, which TRM packed into their luggage before jetting out to the States for their date with Ted Hutt and destiny.

4,896 miles due west of Ballinaclash near the Texas/Mexico border is Sonic Ranch Studio, the world’s biggest residential studio built on a 23,000-acre pecan plantation.

The Riptide Movement have had chart hits with songs with "All Works Out" and "Elephant in the Room" to name a few.

The lads are now taking their album on tour and will be playing at Kavanagh's Bar and Venue in Portlaoise on Saturday, December 30.

If you would like to win a pair of tickets to the gig (worth €50) head over to Leinster Express on Facebook by clicking here and scroll down to find our competition! Good luck!