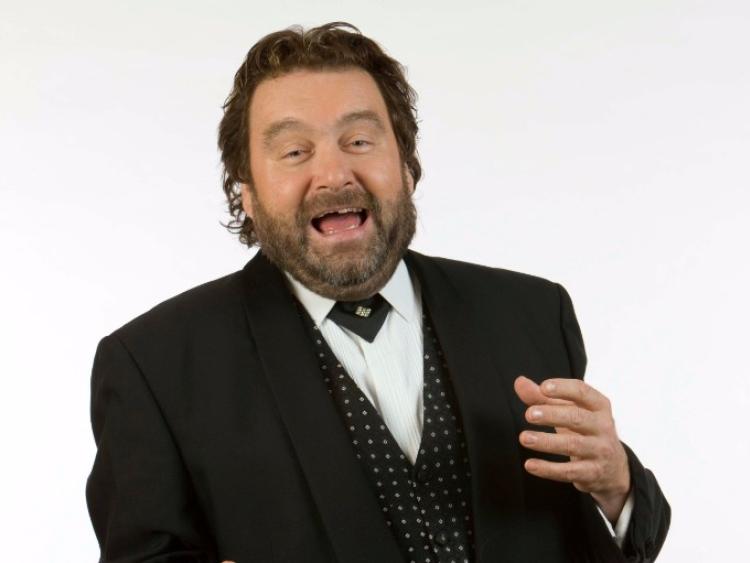 The grand master of comedy, Brendan Grace, is bringing his much-loved tour to Portlaoise and Tullamore in the new year.

The greatest family comedian of this generation proudly presents 40 years in the comedy business and most of this time at the very top of his profession.

Brendan's latest show features some brand new material and some 'Old Favourites' from his vast repertoire over the last 40 years.

His sense of timing and ability to read an audience is without equal. A brilliant character actor, his 'Bottler' character is legendary and is now featured at every performance.

Apart from his obvious 'star quality' in all aspects of his performance Brendan's drawing power is enormous and the 'House Full' sign is the norm rather than the exception at his concerts.

Nowadays Brendan spends a considerable amount of time in Florida where he resides with his family.

Despite this he still plays the Irish Theatre Circuit and major hotel venues and in fact still considers Ireland his first love. The genial Dubliner has a very special bond with Irish audiences and is much loved by young and old not least because he gives very generously of his time after each Concert. The 'Meet and Greet' is now very much part and parcel of each show and Brendan's very down to earth approach is much appreciated by all.

In more recent times Brendan has managed to attract a younger audience mainly because the content of his show is very 'Family' and also because of his hilarious appearance in Father Ted when he played the part of a drinking, smoking, troublemaker extraordinaire Father Fintan Stack.

As always and especially nowadays it is advisable to secure your Brendan Grace ticket when he appears in your area.

The Portlaoise show will take place in The Midlands Park Hotel on Tuesday, January 9 at 8pm. To get tickets call 057-8678588.

The Leinster Express is currently running a Facebook competition where one lucky reader will will a pair of tickets to see Brendan Grace in Portlaoise. The competition is part of our Eight Days of Christmas Giveaways.