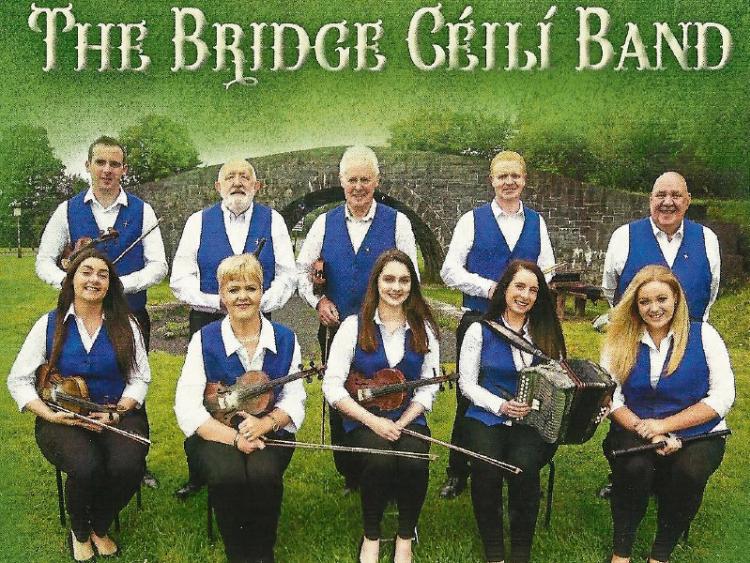 Portarlington Comhaltas Branch is preparint to launch a new CD recording of The Bridge Ceili Band 'Curlews over Coolnafearagh'.

Over the past number of years, many young members of our Branch have performed with the Band at Concerts, Charitable Functions and most recently at the All Ireland Fleadh in Sligo in 2015.

The Bridge Ceili Band and was formed on Thursday 7th May 1970 at the Girl's Club on Foxcroft Street in Portarlington. Its members came from a twenty-four mile radius of the town.

The band had been brewing for a long time before 1970.

After much prompting from the late Martin Fallon, Clonaslee who was one of the founding members, the new band was formed.

The band was called The Bridge Céilí Band because the leader Eugene Nolan came from Monasterevin, which is noted for its bridges, and in particular the Pass Bridge, at the foot of which Eugene Nolan lived when the band was formed.

They have won the All Ireland competition six times - 1970, 1973, 1974, 1992, 1996 and 1998; they came second in 1971 and 1995 and third in 1972, 1975, 1990 and 1991. Apart from the band's success in competition they have performed frequently on RTÉ radio and television and at concerts and céilí's throughout Ireland. They have entertained at the prestigious Bank of Ireland G.A.A. All-Stars banquet and three members of the band, Denis Ryan, Robert Gleeson and Eugene Nolan have visited the U.S.A. and Britain on Comhatlas Ceoltóití Éireann tours.

The launch takes place on at 9pm on Saturday 28th of April next in the East End Hotel, Portarlington.