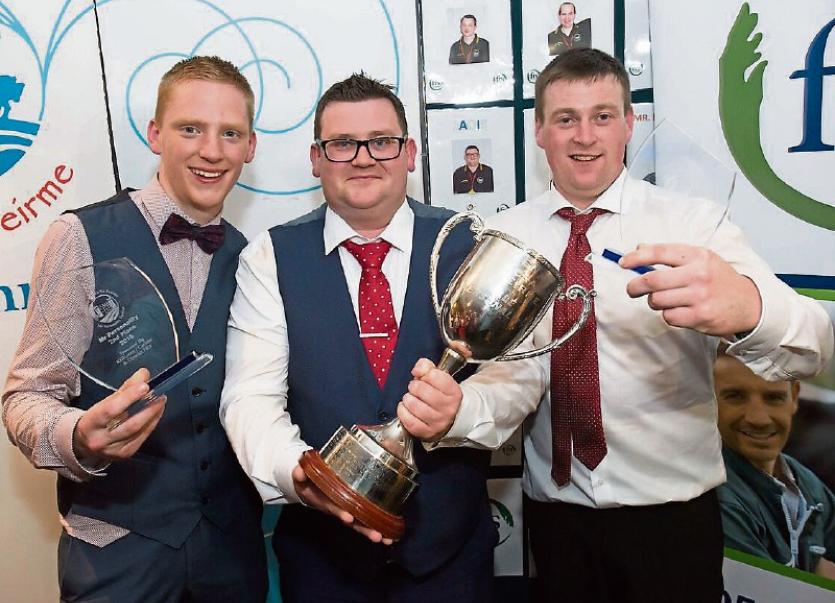 A Laois man has scooped the big All-Ireland Macra award Mr Personality, out of 29 contestants nationwide.

Anthony Culleton, 32, from Camross is a sawmill operative at Coolrain Sawmills, and a devoted member of Camross Macra.

He was announced as winner at midnight on the stage in the Springhill Court Hotel Kilkenny recently, after a fun packed weekend.

“I don’t know why they chose me, it was a great honour to represent Laois, but to win it was an amazing feeling on the night,” a modest Anthony told the Leinster Express.

Praised by all for his friendly smile and love of a joke, good or bad, Anthony won over the audience with a joke for his stage interview with DJ Shane O’Keeffe.

“That interview on Friday was the most daunting for me, in front of 200 people. I was shaking like a leaf, I thought I was going to fall off the stage. I told a joke, a long winded one, but I got a good laugh and once that interview was over I relaxed,” he said.

The Mr Personality festival was hosted by Kilkenny Macra, and the weekend was packed with live music and craic, a bowling contest for contestants and individual interviews.

“Some of us couldn’t throw the ball straight to save our lives. I’ve never got on as well with 29 lads, it made the weekend a lot easier. The interview was really just a nice chat. The judges were fantastic,” Anthony said.

That evening after a banquet came the big announcement that Anthony was the 13th Mr Personality.

He won a €500 cheque, a perpetual trophy and a weekend break in Springhill Court Hotel.

“The win was great to bring back to Camross. Our club is down in numbers so we are doing a rebuilding job, i hope this will be a springboard to get people to join. People think Macra is for farmers, but I wouldn’t know a bull from a heifer. It’s just a great social club, a way to get involved in your community. There is something for everyone, sport, drama, debates and quizzes,” he said.

His next role is in the Laois debating Macra final.

“It’s something I’ve never done before, but it will help improve my confidence in public speaking. To stand in front of a crowd and face that fear, so far unscathed. Macra really opens doors to do new things,” he said.

Anthony thanked his parents Teresa and Corry, and his club mates, particularly the chairperson Danielle Thompson who is also his girlfriend.

“They were all great to come and support me, it was lovely to see them in the crowd” he said.

Back in work at Coolrain Sawmills, his stardom is kept in check.

“They are all fairly level headed lads, they are keeping my feet on the ground,” Anthony joked.