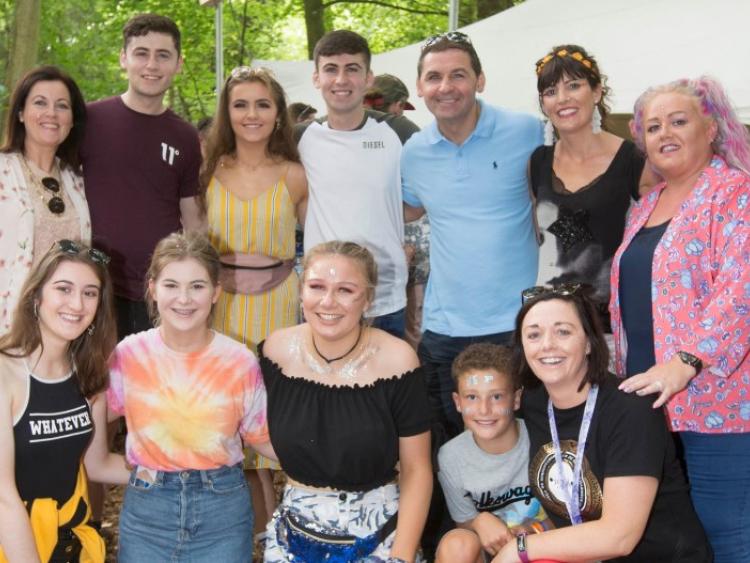 Eoin and Niamh O'Sullivan from Portlaoise with friends and family when they played at the Hazelwood during Electric Picnic. Picture: Alf Harvey.

Performers all over the world dream of making it to the Electric Picnic stage and for four lucky local teenagers this dream has become a reality.

From learning the secret artists’ entrances to watching thousands of people interact with their art installation near the main stage, members of Youth Work Ireland Laois (YWIL) have memories to last a lifetime after they were given the chance to play at the Picnic.

YWIL has formed a marriage with the festival organisers which will see more opportunities for young people to showcase their talents in the coming years.

Musician Cian Mac Gearailt, sibling music act Eoin and Niamh O’Sullivan and poet Glory Anumundu took to the stage at The Hazel Wood over the festival weekend where more than 300 acts performed.

Glory Anumundu (17) was born in Nigeria and her mother is a native of Poland. She speaks French, English and Polish and is the head librarian at Scoil Chriost Ri, Portlaoise. 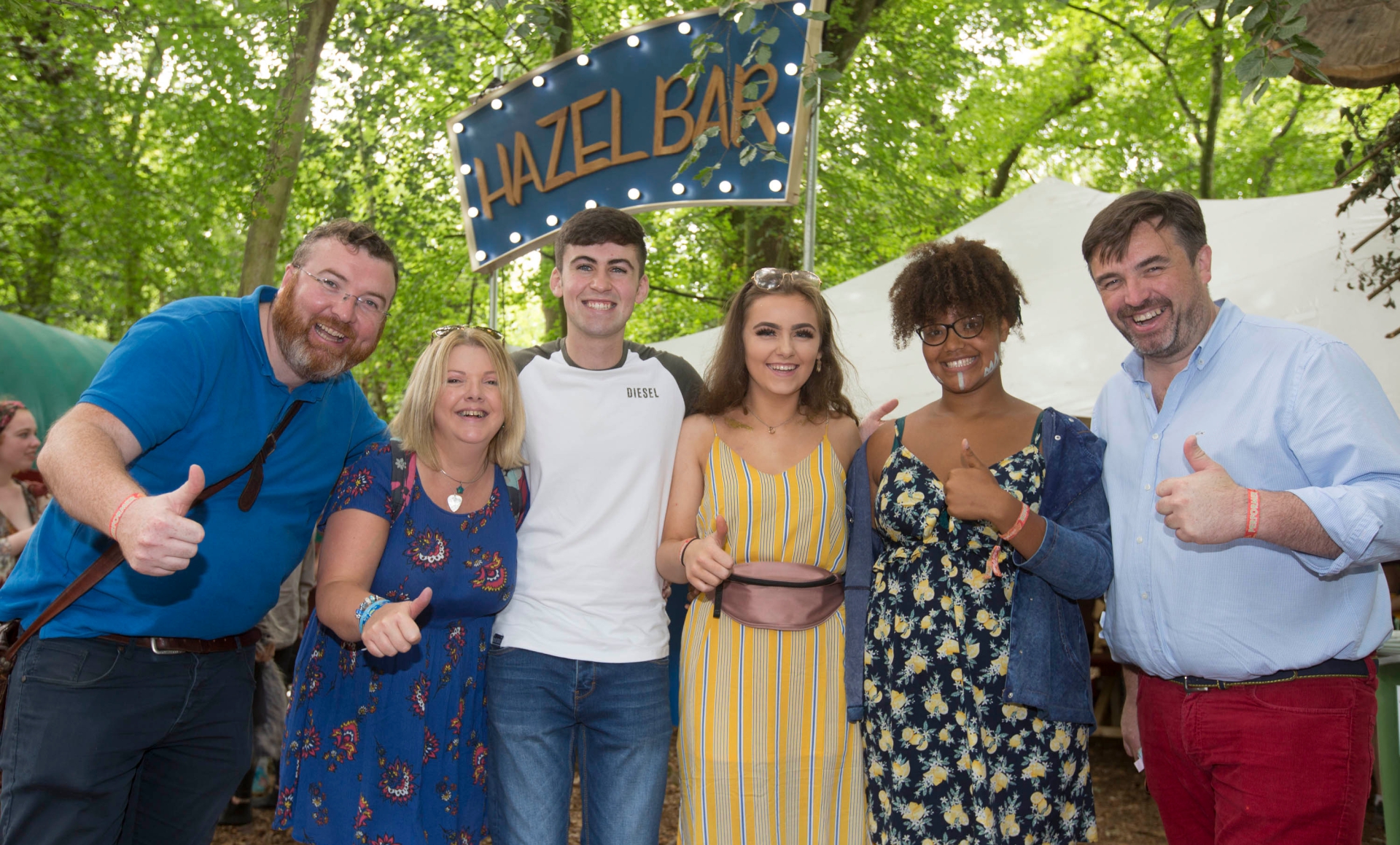 Glory was nervous about her spoken word performance at Electric Picnic, but said it was a great emotional release.

“I have a piece called ‘The Names I Was Called’, which is all about the biracial struggle. Some people say, ‘You look like toffee or caramel’ or the more sinister where it goes to ‘you are an Oreo’ or ‘a dog’ or ‘your skin looks like diarrhea’ or ‘you are a mongrel’ and it talks about what that did hearing those things and how that influences my view of myself and what it made me do to myself,” she said.

Glory first joined YWIL for the LGBT group. She is bisexual and said it was a supportive environment which helped her to gain confidence and gave her the opportunity to perform at Electric Picnic.

“I was nervous even though I was performing in front of people I knew. I never thought poetry was feasible as a career but after Electric Picnic I am now looking at trying to get pieces published more, maybe in newspapers or trying to get more recognition or open up social media.

“So many thanks to Youth Work Ireland Laois and Electric Picnic — they took a chance on young performers, I cannot gush enough about how amazing Cian, Eoin and Niamh are.

“I am so thankful that they got that opportunity, and we were afforded this amazing thing by these people,” Glory said.

Cian Mac Gearailt (17) from Portlaoise writes and performs his own songs.

“I could sing in the same place any time of the year. Even after these years it is a normal thing for me to go to the Picnic, but it was still absolutely shocking for me to be able to get the chance — especially with Clive, Elaine and Mary helping me out all the way. Just actually being able to go in there with my guitar and get up on that stage and sing songs was crazy. We are the luckiest young people without a doubt,” Cian said.

Eoin and Niamh O’Sullivan are a sibling act who never told anyone outside of family about their music until they were playing at Electric Picnic. They said their friends were surprised but hugely supportive.

“It was different to anything we had done — there was so much organisation. We never had to worry about getting in and out before, it was a bit different. It was great, cool to see all the back ways in you would never see unless you were performing,” Eoin said.

“It was overwhelming, we couldn’t believe it at the start, it was such a great experience and so good for your confidence.

“Not a lot of young people would get the opportunity — we are so lucky. When we first went into the youth cafe we didn’t think for one second that it would get us here but now that we are we are like ‘thank God we did it!’” Niamh added. 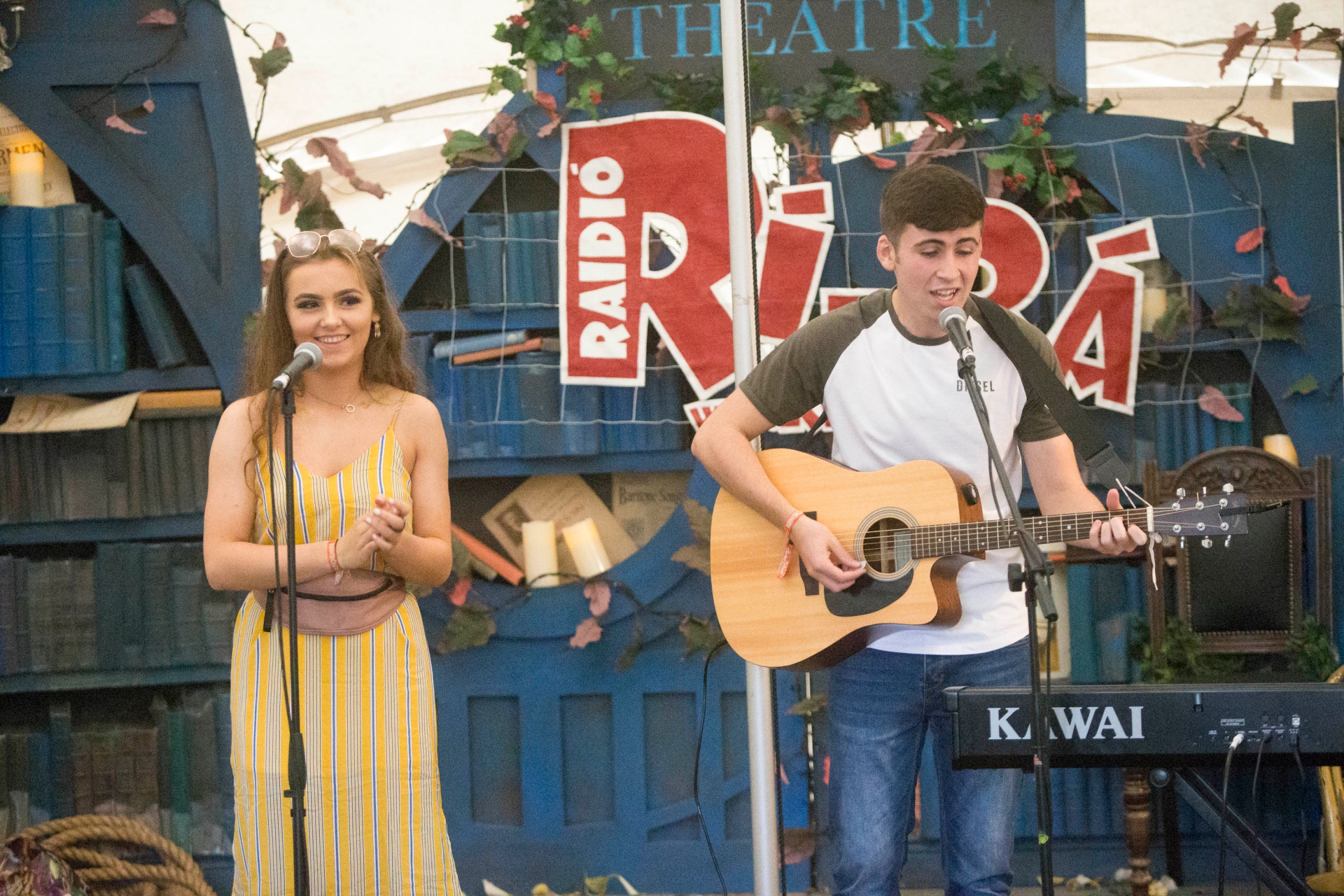 Clive Davis is the Regional Director at YWIL.

“It feels incredible to see the young people we have there now, knowing that they were shy, timid young people when they came in many many years ago and even seeing that their level of talent has increased with them all. Our art group Splatter had an art installation, it was under a tree in the main arena, you push one hand and the heart lit up and you push the other hand that the head lit up. We all sat back looking at people interacting with it.

“Seeing acts up there — what Glory is talking about is raw, it is emotional and it is brave because she is talking about stuff that has happened to her, does happen to her and is still happening to her. That is incredibly brave for someone to do that.

Cian was up there singing two original songs and the goosebumps I was getting, maybe I am biased. To hear Eoin and Niamh singing and to see how much they have crafted into something is incredible. We are so proud of them , it is lovely,” he said.