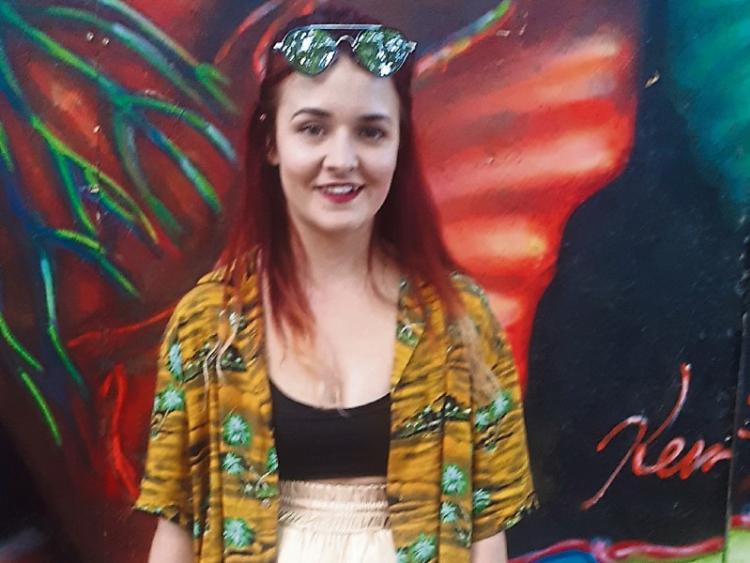 An emerging new Laois talent performed for her first time at Electric Picnic this year.

Cat Turner, 26, from Mountmellick was invited to perform on the Art Lot stage by its curator.

She was talent spotted after entering an RTE competition to play at the picnic, where Cat made it to the final 30 nationwide.

Cat spoke to the Leinster Express before she took to the woodlands poly tunnel stage with her keyboard.

"It's amazing to perform here for the first time. I feel shaky with nerves but its going to be fun," she said.

She has just released her first EP, called Contrast, with four songs and videos, all produced completely by her own hand.

“I just wanted to prove that I could. I have more singles planned to be released, I'm just going to wait and see , I'm not going to rush anything,” the singer songwriter said.

Cat who is a daughter of Fiona Lynch and Mark Turner, describes her style as "angsty, electronic pop".

"I have a day job in Galway but the aim of the game is to be able to do this full time,” she said.

The local support is fanastic she said.

“Even when I play in Galway where I moved to be part of the music scene, friends and family come up for gigs. There is nothing like the town to get behind you, especially in Mountmellick when I was in that RTE competition, there were so many people sharing it, I was shocked by how many, it was sonice," She said.

Her performance went down well with the crowd.

“It was great craic, there were loads of Laois people there. It was huge to play at Electric Picnic. It is a bucket list for all Irish musicians. I have seen my favourite bands at the Main Stage and it is great to come home to Laois to play,” she said afterwards.

The EP is available on iTunes, Spotify and her social media.