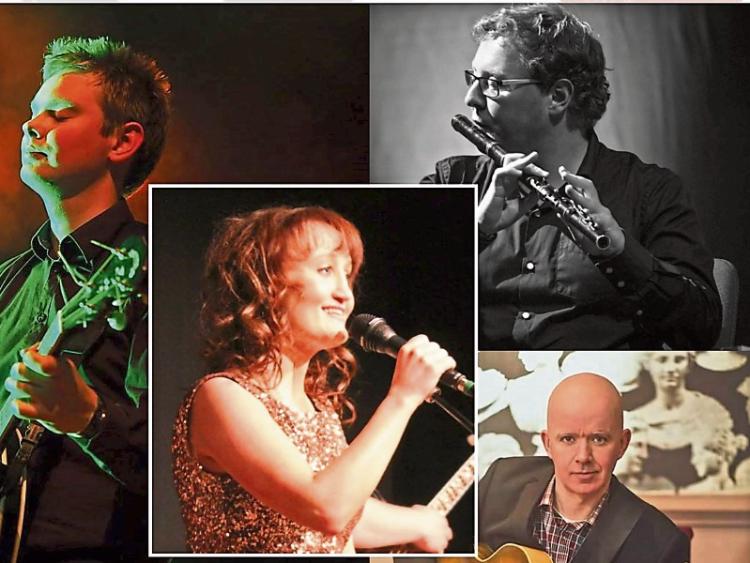 A captivating and entertaining show produced by Emer Dunne and featuring the outstanding musicianship of Robert Harvey, James Harvey and Eamonn Moran and written as a tribute to the millions who lost their lives in WW1, Saluting The Brave comes to the Dunamaise Arts Centre this month.

Allow yourself to be transported into this historic period through the mediums of music, song, drama and dance, presented in an enjoyable yet sensitive manner, featuring songs such as ‘Keep the home fires burning’, ‘Gallipoli’, and ‘Willie McBride’.

While being sensitive and respectful of the past, this show is not a history lesson but a musical tribute with a little drama thrown in. The songs, sung by Emer Dunne, are timeless, entertaining masterpieces and the musical talents and achievements of the three accompanying musicians are unsurpassable.

Emer Dunne, described as having one of the most clear and beautiful voices to emerge on the Irish music scene, is a multi-talented and versatile performer. With many qualifications under her belt, her passion is to sing, and her beautiful voice has taken her to numerous venues, both home and abroad.

James Harvey is a seven times gold medal winner at All-Ireland Fleadh competitions and the title of senior world Fleadh banjo champion was added to his achievement list by the age of sixteen. Well known as a member of Goitse, James has travelled extensively with his music.

Robert Harvey, on flute is no less talented than his brother, James. He is also a seven-times All-Ireland Champion. He has performed, recorded and toured internationally with artists such as Donal Lunny, Moya Brennan, and the Savannah Philharmonic and was selected by Donal Lunny as the flute player for the band, Ciorras.

Eamonn Moran is an accomplished, creative, highly experienced, professional guitarist. He has played guitar with some of Ireland’s top acts and has featured in many festivals and T.V. stations across the globe.

Saluting The Brave comes to the stage of the Dunamaise at 8pm on Saturday, October 20, with tickets available now priced €15.