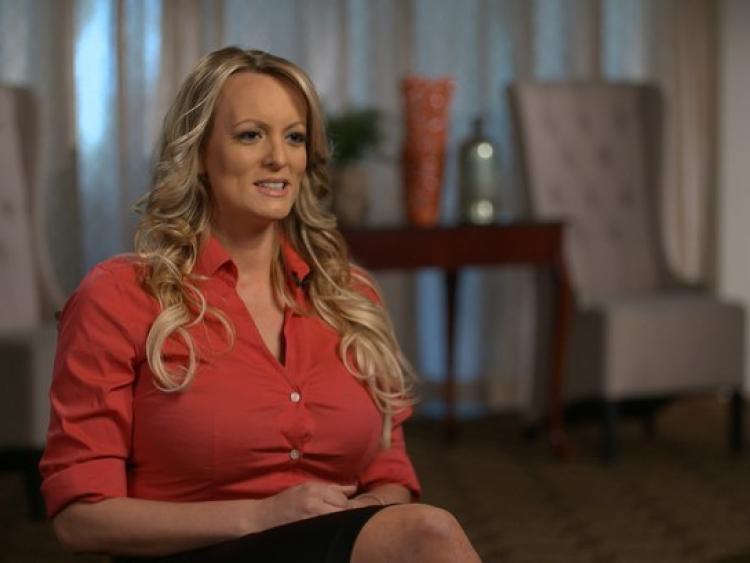 Stormy Daniels, Donald Trump and fake news are set to feature in an RTÉ TV chat show this weekend.

Stormy Daniels looked forward to her appearance on The Ray D'Arcy show this weekend.

‘After falling in love with Ireland on my previous visit, I could not be more excited to return. I'm looking forward to speaking with Ray D'Arcy about this wild last year of my life and what I have planned next.’

Ray D’Arcy added: ‘I’m looking forward to having a chat with one of the most talked about women in the world at the moment.’

Also on the show this Saturday night, outspoken chef and restaurateur Richard Corrigan joins Ray in the studio to talk about hipster chefs, intimidation from vegans and why he thinks some British politicians are talking nonsense when it comes to Brexit.

Ray chats to Mark Little about 'Fake News', the US political landscape, and launching his new News App.

Ray meets 24-year-old Muhammad and 83-year-old Austin, two housemates who live together in East Wall in Dublin and are taking part in RTE One's Home Rescue. They tell Ray about moving in together, their unlikely friendship, and inter-railing together over the summer.

And newly-crowned Mr Universe, Wexford man Loughlan (Lock) Gannon, joins Ray to celebrate last weekend's victory while also telling Ray how he overcame adversity in the form of both prostate and testicular cancer to compete and win the coveted Mr Universe title.

The Ray D’Arcy Show airs on Saturday 17 November at 9.50pm on RTÉ One