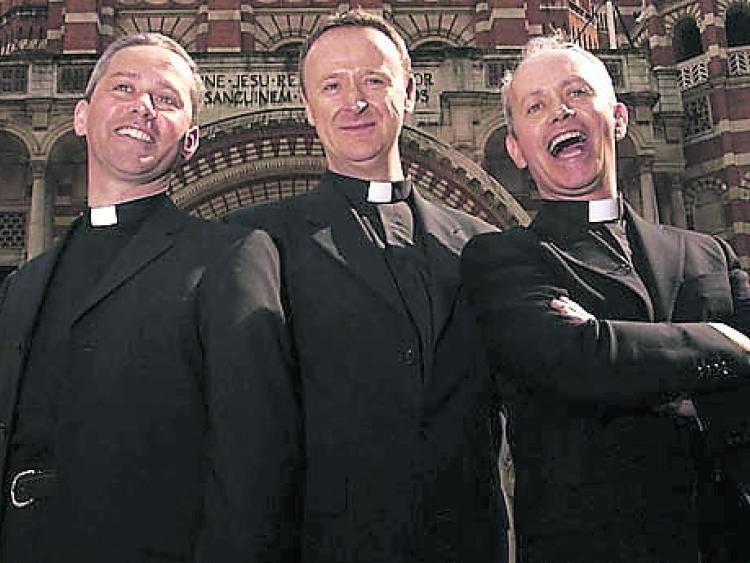 The Priests will be in Portlaoise this festive season as part of a special Celebrate Twelve Days Of Christmas tour.

Fathers Eugene O'Hagan, Martin O'Hagan and David Delargy are sure to be a big draw when they bring their special Christmas concert to SS Peter & St Paul’s Parish Church as part of a round Ireland tour of churches and cathedrals.

Fathers Martin O’Hagan, Eugene O’Hagan, and David Delargy’s debut album sold 3 million copies, which secured them a place in the Guinness Book Of World Records, as the fastest-selling classical debut album ever.

Does anything really happen overnight? Rarely. But in 2008, Fathers Eugene O’Hagan, Martin O’Hagan and David Delargy, became a hit out of nowhere.

One minute they were sitting in confession, or making their way to isolated farms to meet members of their local community, the next they were signing a record deal with a major label, being flown to St Peter’s Basilica, to record at The Vatican travelling the world, performing on television and collecting gold and platinum discs.

The lifelong friendships and incredible voices of three unassuming Catholic Priests captured the hearts of the public around the world.

They were nominated for a Classical Brit Award for three consecutive years. They have graced the pages of Time Magazine, shared a sofa with Jonathan Ross and Alan Titchmarsh, and they have performed around the world and to audiences, including The Pope, The Irish President and The Royal Family.

They have most recently performed for Pope Francis at Croke Park, Dublin in August 2018.

They continue to play many concerts each year in Ireland, UK, Europe and the USA, and manage to balance their performing with parish life.

Of course, the Priests remain committed to the cloth, but they nevertheless always look forward to travelling the world and signing for a live audience.

"We enjoy singing enormously,” says Fr Eugene. “We realise that commercial projects very often have a shelf life, however, we would very much like to continue doing this forever. I certainly know that Martin, David and I will continue to sing, whatever comes because it gives us such pleasure to do so. Our fervent hope is that it continues to bring pleasure to everybody else."

In this their 10th anniversary year, hear the songs and the stories that culminated in this amazing unexpected journey.