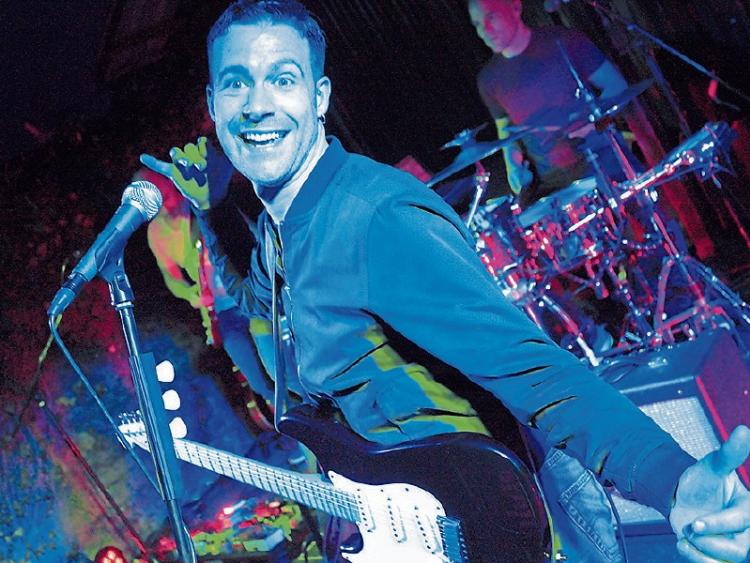 Portlaoise favourites Transmitter are set to raise the roof in Kavanaghs this December for their Fifth Annual Christmas Craic’r.

To make the night of December 23 even more special, they have decided to raise much-needed funds for the Kolbe Special School in Portlaoise.

Transmitter, a Laois band consisting of brothers Stewart, David and Rob Quinn and Wayne Connaughton, are regular visitors to Kavanaghs, attracting massive crowds from all over the county.

For the last three years, the band have done a School Tour, visiting schools around Portlaoise, raising money for local charities and essential kit for schools, such as defibrillators and special needs equipment.

As a result of the audio sensory issues that face many of the children in Kolbe, Transmitter has been unable to include them on their tour around the town.

Speaking about the upcoming gig, Transmitters Stewart Quinn explains: “It's a little bit of Christmas for the school, which has been a bit left behind when you see how far the education sector has moved in the town in recent years.

“We came up with the idea to give the teachers a much-needed night out which would also raise funds for a sensory performance group to visit the kids and to buy equipment like weighted blankets. So hopefully everyone will get behind the event and show support for the cause.”

With over fifteen years professional experience and more than 1500 gigs in the bag, Transmitter know how to get a crowd on their feet.

The Transmitter Fifth Annual Christmas Craic’r kicks off at 7pm on December 23.

The night promises to be a good one with surprises, spot prizes and more.

If you are unable to make it on the night but would still like to contribute, a GOFUNDME page has been set up for donations and can be found on Kavanaghs Facebook and Twitter.

Tickets are on sale now.

Read also: 'We had the winning of it in our hands' McDonald's heartache over Ireland's Fittest Family