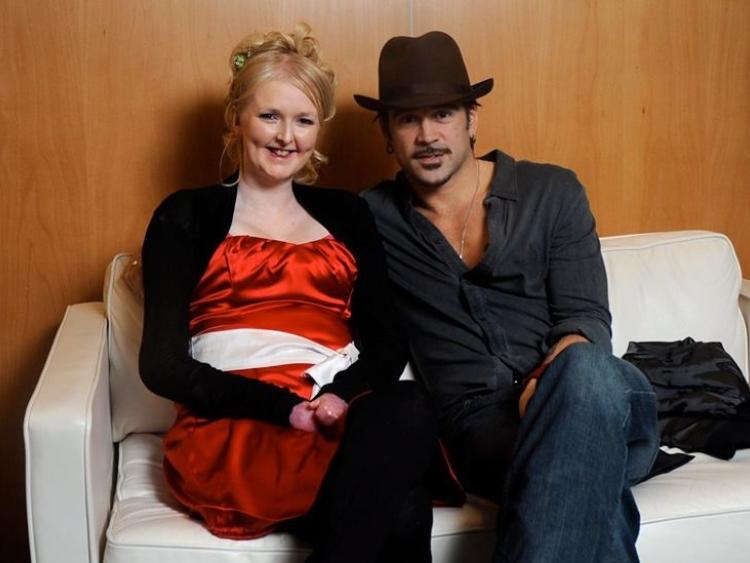 A brave Laois woman who suffers from a rare and painful skin condition Epidermolysis Bollosa (EB), will be on the couch with Irish Hollywood actor Colin Farrell, to chat to Ryan Tubridy.

Emma Fogarty from Abbeyleix is the ambassador for the Debra Ireland charity. The pair have become friends through Colin's work for Debra Ireland, which supports sufferers of EB and their families.

Emma bravely inspires hope in young sufferers and raising awareness of the skin condition, despite coping with continuous pain. People with EB have skin as fragile as a butterfly's wings, meaning it blisters at the slightest touch.

Emma revealed her good news about the Late Late Show on her facebook page.

Other guests include Morning Ireland presenter Bryan Dobson, who will look back at some of the images which best represent the stand-out news stories of 2018.

Ryan Tubridy will be getting some last minute Christmas tips from some of Ireland’s food and drink experts. Currabinny's James Kavanagh and William Murray will be sharing recipes for dishes to serve alongside your turkey; they will have a master brewer from the Artisan Brew Academy in Dublin to explain how to brew your own beer, and Christmas ham is front and centre as Ryan chats with pig farmer Ivan Belton and butcher Clive Clarke.

In 2016, Derek O’Connor lost his wife Maeve to bowel cancer, leaving him and their three children to navigate the world without her. Derek joins Ryan to chat about grief and dealing with the death of his wife in the run up to Christmas.

The Late Late Show also features Brendan Grace for a look back at his career to date as he nears fifty years in showbiz, and there’ll be music from the Palestrina Choir, and John Gibbons featuring Nina Nesbitt.

The Late Late Show is on RTÉ One this Friday, December 21 at 9.35pm