It's all in the lips for new Portarlington school's pitch 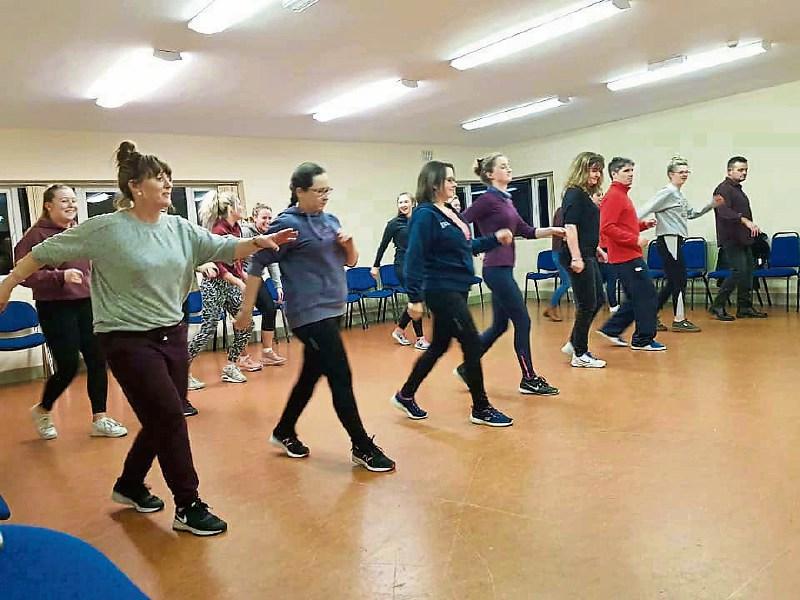 Lip Sync participants in rehearsal for their big dance number

A night to beat the January blues is promised for Portarlington in Laois, when locals take to the stage in a epic friendly battle of music and mime for a great cause.

They will all be battling to 'sing' hit songs in the most entertaining way possible, and combining for a rousing group dance routine.

It is the biggest event yet in the school's efforts to raise €145,000 for a new floodlit astroturf pitch for their new school at Canal Road.

Principal Pat Galvin is among the performers and he is keeping tight lipped about what songs they will 'sing'.

“All will be revealed on the night. I can say that a lot of healthy competition is developing at rehearsals, we are all practicing our moves, and it promises to be a fantastic night, we are expecting an audience of about 800 people,” he said.

The school's parents council is doing “trojan work” to organise the event.

“We have had massive support from the community in general and welcome more business sponsors,” he said.

The pitch will be used not just by over 500 schoolboys, but by St Conleth's Ladies Football Club, partners with the school in an application for a sports capital grant.

“Hopefully we get funding from that too. It will all be needed as it is a massive site. our vision is a state of the art primary school sports campus, with our running track already in situ,” he said.

The athletics club is also supporting the fundraiser in return for use of the new running track.

The school is on schedule to open in early spring.

The Lip Sync Battle is on Friday January 18 at 8pm in The Heritage Hotel Killenard. Doors open 7pm, show starts at 8pm, over 18s only. Tickets at €20 on sale.