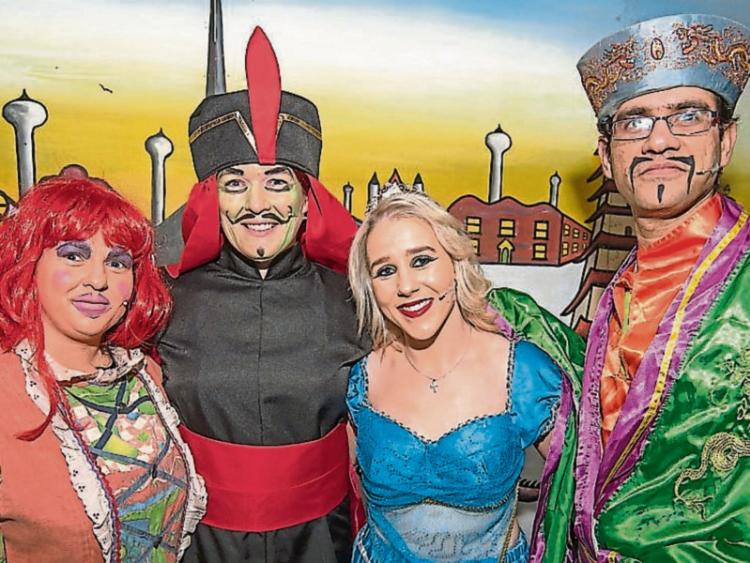 February will be a dramatic month for Mountmellick Macra, with a spectacular annual panto taking to the stage, and a performance in the national Capers variety competition final.

An all singing all dancing crew of 15 from Mountmellick Macra club has won a spot in the national Macra na Feirme final of the Capers variety competition.

The team spent months practicing dance routines, harmonies, instrumentals and comedies and on Saturday January 12 they hosted the Semi Final on home ground in their hall.

Their competitors were from Bree in Wexford, Athboy in Meath, Freemount and Barryroe in Cork and Devilsbit from Tipperary.

To the club's delight, they were selected by three judges along with Athboy, to go on to the national final in WIT Arena, Waterford on February 2.

“A huge congratulations to our cast, especially our producer AC Reynolds who won the award for 'Best Producer',” he said.

There is little time to rest the feet. On Valentines Night, their new panto Red Riding Hood opens. Promising songs, dance and comedy, it runs from February 14 to 17, at 8.15pm Thursday to Saturday and 3pm and 7pm on Sunday.

Shane said 2018 was a great year, starting with the panto and filled with success.

“In competitions a team won in the National Talent Competition with a disco dance. Our bowling team won the county round of bowling , we entered a debating team to the Laois competition for the first time in five years and our team made it to the final of the Question Time competition,” he said

The club held a Family Fun Day in their hall in September raising €1,000 for St Martha's dementia unit in St Vincent's CNU. Members participated in Macra's Toughest Club, Mountmellick Tidy Towns initiative, and then had Club Officer Training in August.

It wasn't all business, as they enjoyed outings to Tayto Park, Ice Skating, ending with 12 Pubs of Christmas.

“It was a fantastic year for the club, and we hope with more recruitment and community involvement that we can further our success in the year ahead. 2019 is already looking promising. We thank all who supported us in 2018. We are glad to be an ever-growing club with an active role in our community,” he said.